'Islam is the Solution to crime and violence in Jamaica' 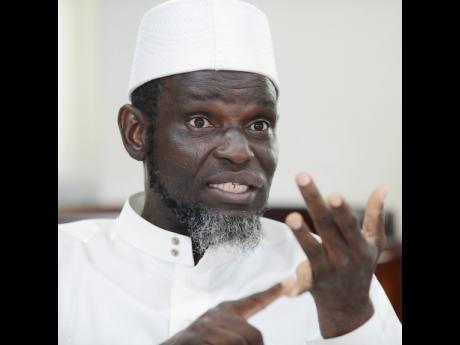 Sheikh Musa Tijani, director and head of education for the Islamic Council of Jamaica, yesterday expressed confidence that the Islamic faith would be a critical element in conquering the chilling murder statistics, in addition to other immoral incidents that continue to plague the country.

Addressing a Gleaner Editors' Forum held at the North Street offices in downtown Kingston, Tijani noted that a change in mindset is needed to assist persons to overcome the temptation to commit crime.

"I don't have to think about it; I am sure that Islam is the solution for all the crime and violence happening in the country," he declared.

"There was a time when we used to visit the prisons to spread the teachings of Islam, and we developed a programme where prisoners would get a chance to visit the mosque and the process continued for a period. I can reassure you that no one who has gone through the process has ever gone back to prison," he explained.

Police statistics show that up to May 19, 428 persons have been killed since the start of the year. This is an 18 per cent increase when compared with the 363 murders recorded for the corresponding period last year.

Mekaeel Maknoon, acting president of the Islamic Council of Jamaica, expressed similar sentiments, noting that there was an absence of accountability to the Creator that was needed, to solve the issue of crime and violence.

"Accountability is a major issue. When you extract this element of accountability, emotions run wild. Islam says there has to be accountability and the belief in God to establish within the mind, this understanding that you are accountable to God who is all powerful," Maknoon told journalists.

"It is this consciousness that then guides everything that an individual does, and so it causes him to restrain himself from violating the law, from interfering with the rights of his brothers, in addition to being responsible. This is a critical element that keeps individuals from making mistakes," he said.