Toothless Lion... MP says PAAC should be given real support 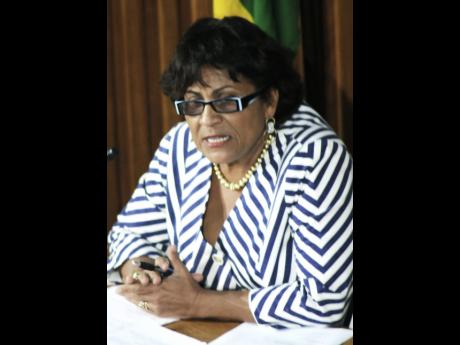 A Jamaican legislator has described Parliament's major oversight committee - the Public Administration and Appropriations Committee (PAAC) - as a toothless lion and has called for the creation of an entity to allow it to better fight against corruption and waste of public resources.

Marisa Dalrymple Philibert, member of parliament for South Trelawny, said at an international conference on strengthening legislative oversight in Parliament, that that committee not only lacks technical support, but also needs additional systems in place to ensure good governance.

"What it seems to us as members of the PAAC is that we are in fact a lion that has lost all it teeth. We can bark and roar all we like but we have no teeth to bite," the opposition MP said while addressing the United Nations Development Programme (UNDP), ParlAmericas, Inter-American Development Bank (IDB) - staged event at The Jamaica Pegasus, yesterday.

Dalrymple Philibert, a second-term MP who has served as speaker of the House of Representatives, noted that the PAAC does not have the power to sanction public officials who are engaged in improper or illegal use of state resources. She said that consideration should be given to the creation of another body to be instituted "that can, in fact, grow teeth in the mouth of the lion".

The PAAC of Parliament is responsible for the examination of the spending of state resources in all government entities.

Dalrymple Philibert said that while there is robust discussion in the committee, its effectiveness is hampered by the fact that there is no sanctioning body. She said that Jamaica's public sector has been replete with examples of complacency, waste and duplication in the use of state resources and it is critical that bodies like the PAAC be given all the support in ensuring the efficient use of taxpayers funds.

"In terms of really producing the results that we ought to have to ensure that we have growth and development with transparency, I think we need to move a little further and take another step so that there are measures in place so that our agencies and our ministries understand that there are consequences for our acts and omissions," she said.

Her comments came a day after the Office of the Contractor General's 27th annual report was laid in the House of Representatives. In the report, Dirk Harrison, the office holder, said corruption has cost Jamaica tremendously over the years, and bemoaned that "the ugliness of corruption has seemingly seeped into the psyche of Jamaicans who continue to have a difficulty with accepting certain actions as being corrupt, simply because it has become a social norm".