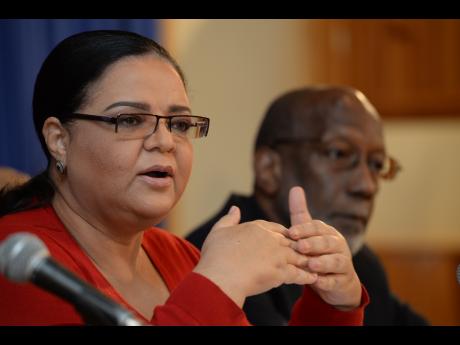 The Jamaican Government has denied that it has monitored private online communications without appropriate legal authority.

Responding to the claims made by in the United States' State Department report on Human Rights Practices for 2014, Information Minister Sandrea Falconer said that "based on the evidence that we have and the information we have, there is no such monitoring".

In its report published on Friday, the State Department said the Jamaican Government did not restrict or disrupt access to the Internet or censor online content. But said "there were credible reports, however, that the Government monitored private online communications without appropriate legal authority."

The report made similar claims against Trinidad and Tobago.

According to the International Telecommunication Union, 38 per cent of Jamaican citizens used the Internet in 2013.

But in the case of Barbados, for example, the report said there were no government restrictions on access to the Internet or credible reports that the government monitored email or Internet chatrooms without appropriate legal authority.

Yesterday, Falconer said that the Government has taken the claim seriously and "that is why we want to see the evidence that they have so we can look into it. We don't know that this happened".

The Jamaican Government is to request of United States authorities that the evidence which formed the basis of the report be shared. Falconer said that the process has been set in train to have the request forwarded to the State Department.

"Without casting a judgment on the report, we want to see what evidence they have," the minister said.

She added: "We are not aware that any such monitoring is taking place. As a matter of fact, I don't even know that we have the capacity to do any such kind of monitoring. The Government has not been informed by the State Department; we have not been presented with any kind of evidence, and one of the things we are seeking to do is to ask the State Department if it has credible evidence and to present us with such evidence."