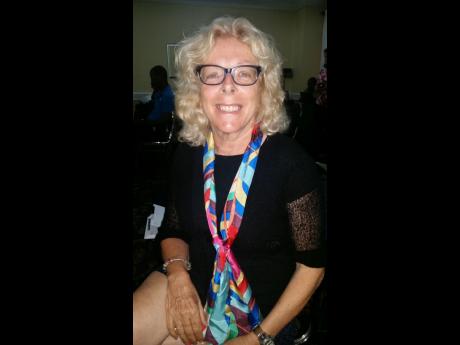 Contributed
SUTTON ... coming to that agreement is certainly something that needs to be resolved.

The ecological significance of the Cockpit Country to bird conservation is another incentive for a decision on a boundary for the area and one that appropriately reflects the value of the biodiversity it supports.

This is according to BirdsCaribbean representative Dr Ann Sutton who spoke to The Gleaner ahead of the organisation's 20th international conference to be held in Kingston next week.

"Generally, BirdsCaribbean encourages governments to look for sustainable options for development. We are not opposed to large developments per se, but the trade-off has to be to the benefit of the country. Certainly, in the Cockpit Country, we are looking at very long-term costs in terms of water and birds, etc," said Sutton, head of the local organising committee.

She was speaking with the newspaper at the press launch for the conference yesterday.

"I think the boundary issue [for the Cockpit Country] is very important; coming to that agreement is certainly something that needs to be resolved. The latest study Forestry has done showed that all native forests are under severe threat. So even when we define the boundary area, that is not going to say that any forest outside can be mined," she added.

Sutton's comments have come as local actors mount an assault against bauxite mining in the area, which is home to some 28 endemic birds - including the endangered Jamaican Blackbird, locally known as the 'Wild Pine Sargeant'.

At the same time, government agencies - following years of agitation by the Cockpit Country Stakeholders Group, including environmental groups such as the Jamaica Environment Trust and the Windsor Research Centre, among others - are trying to come to a consensus on a proposed boundary for submission to Cabinet for a final decision.

Meanwhile, the meeting of BirdsCaribbean - a non-profit organisation committed to the conservation of wild birds and their habitats in the insular Caribbean - will bring together some 200 scientists, ornithologists, conservationists, students, and educators from across the region and the world.

Over the five days of the event, the group, together with local community participants, will engage in a range of activities.

"Participants will venture out on exciting field trips to the Blue Mountains and Cockpit Country among other locations, and bird-watching sessions around Kingston - an opportunity to see at least some of Jamaica's 29 remarkable endemic birds," BirdsCaribbean said in a release to the media.

"Seminars, training workshops and roundtable discussions will enable conference delegates to network and share their research and latest conservation efforts in Jamaica and across the region," it added.

Jamaicans have been encouraged to participate in the event, which will run from July 25 to 29 at the Knutsford Court Hotel.

"The reason we had it in Kingston was to try to make sure that as many local people could participate as possible. And so we are really hoping we will get a strong showing of people," Sutton said.

So far, they have 170 international participants registered.