Electoral Commission of Jamaica to propose legislation for same-day voting 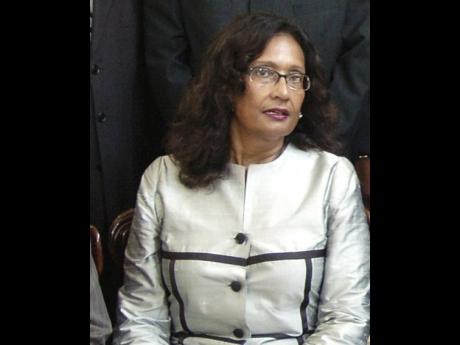 THE ELECTORAL Commission of Jamaica (ECJ) will shortly be recommending legislative changes for the holding of general and local government elections on the same day.

Chairman of the ECJ, Dorothy Pine-McLarty, told The Gleaner yesterday that Director of Elections Orrette Fisher has prepared a feasibility paper that will provide options in relation to a dual as well as a single election.

She said members of the ECJ had examined the paper and would submit a statement to the Government setting out the pros and cons of holding general and local government elections on the same day or separately.

Pine-McLarty pointed out that legislative changes would have to be made to the Kingston and St Andrew Corporation Act, the Parish Council Act, the Municipality Act, and the Representation of the People Act to accommodate the holding of both elections on the same day.

She noted that if both elections were held on the same day, the ECJ would have to reduce the numbers of persons in polling stations at any given time as voters would be required to carry out two separate tasks in relation to voting.

The ECJ boss explained that the period would have to be extended between nomination and election day to give the commission more time to print the various voters' lists.

"All the various time schedules that now exist would have to be extended by a couple of days - two to three days in some cases. Between announcement and nomination could be extended from five to seven days," she said.

Pine-McLarty said if the Government accepts the option of holding the polls on a singe day, a major public-education exercise would have to be carried out to familiarise voters with the proposed changes.

The ECJ head, who observed elections in South Africa in May 2014, said the process went smoothly in terms of the holding of both national and local elections on the same day.

"There were two ballots and two different ballot boxes," she said, noting that her only criticism was that the ballot and ballot boxes were not colour coded.

According to the ECJ head, if Jamaica goes the route of holding both local and national elections on the same day, the electoral body would suggest that both the ballot and boxes be colour coded.

On the question of the cost factor, Pine-McLarty said that the holding of both elections on a single day would save the Government more than a billion dollars.

She said electors in Portmore had the experience of two ballots voting for the mayor and their member of parliament at the same time.

Pine-McLarty said from her recollection, there were no significant challenges that attended the process during the election.