They killed my boy 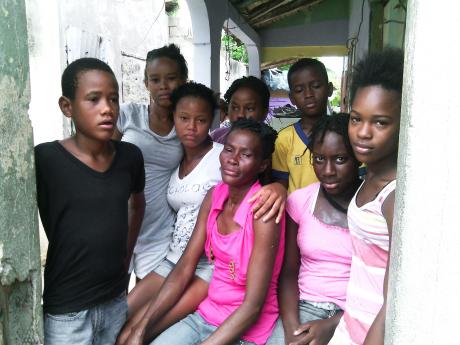 Corey Robinson
Sandra Brooks, mother of Nicholas Thomas (centre), sits with some of her children and friends at their home in Franklin Town, Kingston, yesterday. 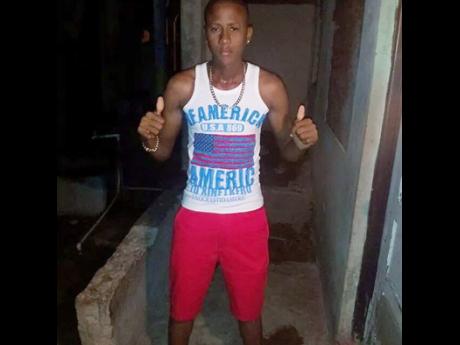 There was no Independence Day frolic on Maiden Street in Franklin Town yesterday as residents mourned the death of Nicholas Thomas, the 20-year-old killed in Wednesday's controversial shooting on East Queen Street in downtown Kingston.

Unlike at nearby corners in the neighbourhood, festival songs were replaced with tears and sighs along the road where Thomas once shared a tenement yard with his mother and several other siblings.

"I lost a son - my boy. Him is just 20 years old, and we don't even get to spend any time with him. Him don't live any life yet and him gone," mourned Thomas' mother, Sandra Brooks, as she and others condemned her son's death inside the old tenement dwelling.

Official police reports are that Thomas, whom relatives said worked in a wholesale establishment downtown, and a 23-year-old female student of G.C. Foster College were shot by an off-duty female corporal of the Jamaica Defence Force (JDF), when two armed men robbed her of a chain in the vicinity of Mark Lane. The incident occurred about 4 p.m., the cops say.

Police reported that during the robbery, the JDF corporal pulled her service pistol and opened fire hitting Thomas and a woman in the face. The two robbers managed to escape and are being sought by investigators, said Superintendent Michael Scott, head of the Kingston Central Police Division, yesterday.

"We are still searching for the other guys. We are working on some leads, but we are still asking members of the public to help us by providing information," stressed Scott, who described the injured woman's condition as "still serious but improving".

Scott explained that the JDF corporal had not been detained, and that the matter was being treated as a case of self defence. "We are collecting all the evidence that we can get, and then after that we will put it into a file and submit it to the Director of Public Prosecutions for her to make a decision," he said.

It was not clear yesterday whether the Independent Commission of Investigations had launched a probe into the incident, but the JDF is reportedly assisting the police with their investigations.

While the sleuths probe the circumstances leading to Thomas' death, however, 16-year-old Juantawny Thomas, spent his birthday without his older brother yesterday. Normally, they would go to the beach to celebrate, but yesterday Juantawny spent his special day crying speechlessly.

Thomas' friend Kalifah Campbell was less reserved, despite confessing to an often stormy relationship with Thomas during his life. In her despair, she demanded that he somehow be brought back from the dead.

"We want him back. We want him. Them kill Nicholas just so for nothing! We want him!" she screamed.