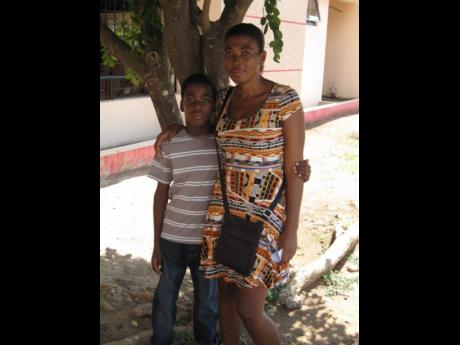 When the new school year begins in September, Othneil Smith will start the first of several memorable journeys the moment he enters the Denbigh High School compound.

Having earned a place at his school of choice, Othneil promised his mom he would continue to do well and work hard to make her proud.

Preparations for GSAT weren't much of a challenge, as his older brother, who sat the exam two years ago, coached him all the way.

However, his mom, Annette Johnson, said his playtime and other leisure activities were limited.

"I also helped him to study, so when he comes home in the evenings, I take him with his book and we go over the work he did for the day and make sure he understands it," Johnson said.

On the day of the exams, Othneil said he was nervous because he feared he wouldn't do well enough to make his mother proud.

So his mom told him to focus on the work and not to worry about disappointing her.

The 12-year-old is a lover of the sciences and has high hopes of becoming a doctor.

He scored 90 in language arts and science and 89 in social studies.

A single mother of three, Johnson said it's a daily struggle as she is barely able to provide food for her children.

Johnson says her hustling as a vendor in the May Pen market, selling juice from an igloo, barely breaks even.

"Sometimes mi affi credit the juice and sell some and then pay for it because it's not profitable," she said in a sombre tone.

She added that she still tries because she has to feed her children and pay rent and utilities just so she can provide a comfortable enough living space for them.

With days to go before the start of the new school term, she has not started back-to-school preparations, as she simply does not have the cash.

"Is last week I collected his package and is a family member gave me the money to go pick it up."

To date, she says her son had not gone for his medical or dental exam and had not got as much as a pencil.