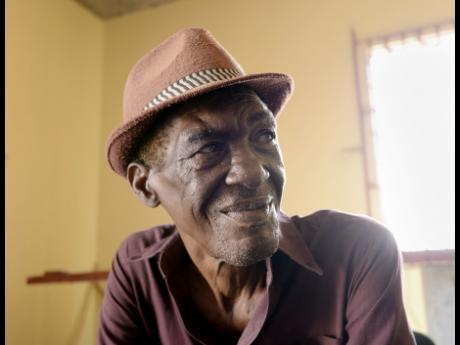 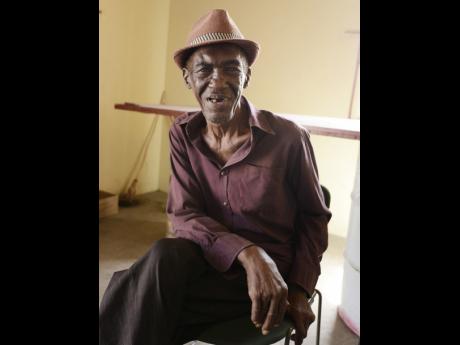 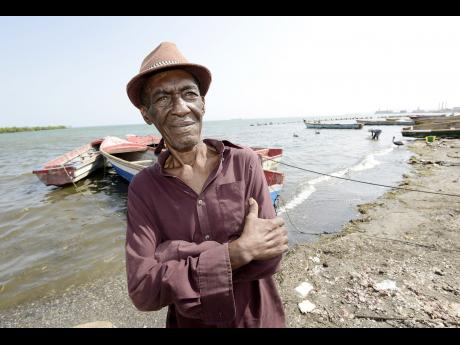 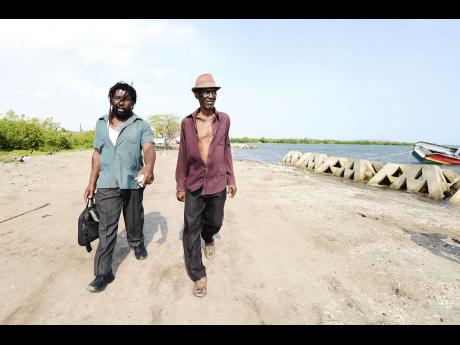 The flooring is steady and the lighting adequate inside the Old Harbour Bay Fisherman Co-op building in the seaside St Catherine community. Boat captain Cyril 'Mackerel' Campbell is calm as he goes back 22 years and 18 nautical miles offshore to the shifting, treacherous surface of the deep waters on a gloomy May night.

Campbell, called Mackerel because "I catch a lot of them", revisits circumstances which required a cool head from the rescuer and rescued, in which he read his floundering colleague's mind as clearly as the currents creating invisible, yet powerful pathways in a sea which seemed to absorb the already fading light.

Junior McDonald tells The Sunday Gleaner that it has been about a decade since a fisherman from the Old Harbour Bay Fishing Village has been lost at sea. Now there is mandatory safety equipment and cellular phone coverage far out at sea; then, those on land got concerned only when a boat went over its expected return time or a boat roared in to shore with the bad news.

It was the latter case in May 1993 when a distressed Keith Blake (who has since passed away) came in to report that he had lost contact with 'Fluffy' Allen, who was diving and bringing up fish while Blake manned the boat. They had gone out about 7 p.m.

Campbell said that about 10 a.m. Allen came up with 48 pounds of lobster.

"Him went back down and Blake couldn't find him," Campbell said.

After searching for some time, Blake came back to shore about 6:30 p.m.

Campbell had been involved in boat races, winning two and looking forward to a third victory, heading from shore to round a marker in the sea and coming back to the sand.

He ended up going much further.

"When him (Blake) reach here night fully come down. Him come and hug me up and say him lose Fluffy out a sea. Him feel me is the only man him can turn to," Campbell said. He immediately headed out with his boat, Manfish, taking along one other fisherman, Garfield 'Garry' Sterling, and leaving another boat to come with food and drink.

A boat prepared for fun racing was pressed into a race against death. It was pitch-dark when the Manfish reached the spot where Fluffy had last been seen. Things looked dim and, Campbell said, Sterling gave up hope and proposed that they return.

It was a place where a mark had to be taken based on the land. Campbell decided to read the current to figure out the route Fluffy would have logically taken.

"I shut off the engine and decide to work with the current. There is a lighthouse that all who are at sea use and me put the boat mouth on the light and tell Garry to look good," Campbell said.

They eventually exchanged places and Campbell was on lookout when they came upon Fluffy in the water.

Did not hear boat

Fluffy had thrown away his spear-gun and the shirt of his suit to lighten himself. He did not even hear the boat.

Allen had not gone far. He was 16 or 17 miles from shore when he was found. He was naturally hungry and thirsty, but the boat with food had not caught up with the Manfish - and would not, until after the triumphant trio had returned to shore.

There was a stop in-between for the Manfish, though.

"About 13 miles from shore we get to Half Moon Cay. Me see some man a cook an me take a butter pan. One man jus' gi mi fi him share," Campbell said.

Allen had a feast of fish and dumpling and water.

They got back to shore about 10 p.m. to a naturally rapturous reception.

"The seaside full up a people, all did come for the race," Campbell said. The lobster Allen had brought on what could have been his final swim had been sold and he collected the cash, went into a bar and drank liberally to his second chance at life.

His luck ran out one day, though, and Fluffy had the bends and was brought in dead by another boat.

Sterling also met his end as a result of a fishing accident, after getting into an icebox with a friend when a boat went down off the Pedro Bank. They drifted and, after being rescued by fishermen off the coast of St Elizabeth, were taken to hospital, where Sterling died.

Campbell does not have a boat these days and his children urge him not to go to sea, but he does when he can.

"Me love the sea more every day. Even from morning me go in it go bathe," Campbell said. "Them carry mi go Canada, mi cyaa stay more than two month. Me a fret pon de sea."