JAMPRO has given us no help - Davon Crump 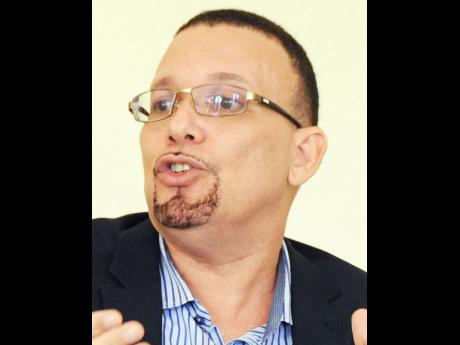 Businessman Davon Crump has accused the country's trade and investment agency of failing the business process outsourcing (BPO) sector, claiming that the agency has done nothing to promote the sector despite its vast potential for boosting employment numbers.

"We have a lame duck JAMPRO that does nothing for the BPO sector. So anything to promote ... anything to give it exposure is great because we get no support where JAMPRO is concerned," declared Crump, who is president and chief executive officer of Global Outsourcing Solutions Limited.

Crump, who operates out of the Montego Bay Freezone in St James, was scathing in his review of JAMPRO during a Gleaner Editors' Forum hosted by the Montego Bay Chamber of Commerce and Industry (MBCCI) to highlight investment opportunities ahead of next month's MoBay Expo 2015.

"First of all, I think JAMPRO focuses elsewhere. They are looking at other investments - tourism and other areas. I don't think the BPO sector was ever a priority for them, and that's the way I see it," he said. "As a small local company, JAMPRO has offered no assistance to me in any way."

He added: "When I started business three and a half years ago, I reached out to JAMPRO in terms of trying to garner support from them and received none. I mean, practically none, and I spoke to them since, and it's when you get bigger that they get more interested in you and probably want to offer the help, which is really when we don't need it."

Organisers will be going to great lengths to highlight the potential for the local BPO sector during MoBay Expo 2015 in order to, among other things, correct the Government's oversight with regard to the vast economic gains to be had from properly marketing the sector.

"They are doing nothing. We are losing business. We are losing businesses to other countries because the Government doesn't see the importance of this sector, and this sector needs to be shown and showcased. I know we have lost call centres to other countries because they are more competitive than Jamaica. So showcasing the BPO sector in the expo is a great opportunity," Crump said.

BPO is a subset of outsourcing that involves the contracting of the operations and responsibilities of a specific business process to a third-party service provider.

Gloria Henry, president of the chamber of commerce, explained that outsourcing is done primarily to leverage costs, and so businesses that go that route are looking for the lowest viable operating costs because they are margin focused.

"So any country that provides an opportunity for them to benefit from lower costs is attractive. One of the things that we've been saying to the Government is, pay attention to the developments that are taking place in other parts of the Caribbean as well as Africa. Africa is building out their outsourcing network as well, and their costs in terms of labour might be lower."

The chamber, she explained, pays attention to any outsourcing company that leaves Jamaica to go elsewhere and does an exit assessment of any such business. The information is then shared with the Government.