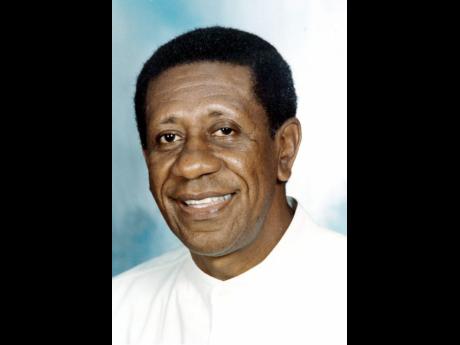 It was during the rule of Oliver Cromwell (1649-1658) that England launched a military campaign to capture Spanish colonies in the Caribbean.

The enterprise was called 'The Western Design', and some 3,600 men were recruited. However, only a few had military experience; the overwhelming majority were "slothful and thievish servants, criminals and debtors on the run".

Led by Admiral Penn and General Venables, the fleet left England in December 1654 with the capture of Hispaniola as their primary objective. Another 3,600 men were recruited in Barbados and the Leeward Islands.

The attack on Hispaniola failed miserably as a result of the bickering between Penn and Venables, together with the poor quality of the recruits. Fearing the wrath of Cromwell if they returned empty-handed, Penn and Venables decided to make a surprise attack on Jamaica, which was then poorly defended. Some 7,000 men disembarked at Passage Fort in St Catherine and made their way to Spanish Town, the capital city, where the Spaniards surrendered without a fight.

British colonisation of Jamaica had begun.

The early English colonists were hardly prepared for the rigours associated with establishing a colony, which included establishing agriculture. After eating the cattle, they turned to "snakes, lizards, rats ... dogs and cats".

Malnutrition and fevers claimed the lives of the majority.

The Puritan Cromwell seemed to have had little confidence in the capacity of the early English colonists to realise his vision of a Christianised Jamaica, and had sent an envoy to New England to persuade the Puritans who had settled there to make Jamaica their home.

In his address to the Puritans, Cromwell left no doubt as to his vision for Jamaica:

"Our desire is that this place [Jamaica] if the Lord so please, be inhabited by people who know the Lord and walk in his fear ... ."

The Puritans never accepted his invitation and those recruited to replace the earliest English colonists were, in the main, "loose vagrant people, vicious and destitute of means to live at home (being either unfit for labour ... or had so misbehaved themselves by whoring, thieving or other debauchery that none would set them on work) ... gathered up about the streets of London and other places".

The colony was on the verge of failure, and under threat of Spanish repossession, when Governor D'Oyley began recruiting buccaneers to use Port Royal as a base for launching attacks against Spanish shipping in return for a share of the spoils.

This practice was elevated to commercial policy by Governor Modyford, who arrived in 1664 and established a Court of Admiralty under his brother.

The primary function of the court was to allocate the spoils from raids on the Spanish colonies in the Americas between the buccaneers and the colonial administration in Jamaica. Buccaneering reached its high point with the ascendancy of Henry Morgan.

Under the leadership of Morgan, the buccaneers' raid on Porto Bello alone produced plunder worth £75,000, some seven times the annual value of the island's sugar exports. By 1670, Port Royal had been transformed from a barren 60-acre sandpit to one of the richest towns in the Caribbean and the Americas.

The governor showered him with extensive (gifts) and grants and the king of England made him a knight, and "presented him with a snuff box bearing the royal effigy surrounded with diamonds, and appointed him lieutenant governor of Jamaica.

Over time, some of the buccaneers invested their capital in Jamaica's growing plantation economy, and became some of the earliest owners of the island's sugar estates and cattle pens.

The importation of enslaved Africans provided the labour for the estates, plantations and pens as well as for every other enterprise on the island. They worked "as coopers, blacksmiths, coppersmiths, wheelwrights, millwrights, engineers, shipwrights, bloc makers, and cabinet makers. They also built and repaired carts and boats and hammered out items of mill equipment".

By the last quarter of the 18th century, Jamaica was the richest colony in the British Empire.

In 1775 the governor, Sir Basil Keith, reported that "639 vessels manned by nearly 7,500 seamen were employed in the trade of the island. Of this total, 233 ships were engaged in trade with the British Isles, 299 with North America, 77 with Africa and 30 with other Caribbean territories. An additional 45 small crafts were engaged in trade between Kingston and the island's outports.

The British government chose Queen Victoria's Diamond Jubilee in 1897 to showcase the power and wealth of Imperial Britain.

"During the Jubilee, 165 ships carrying 40,000 seamen and 3,000 guns were on display in Portsmouth ... . A military procession of 50,000 soldiers drawn from the empire was on display ... 400 million people around the world were given a holiday on June 22 that year, and 11 premiers of Britain's self-governing colonies were in attendance along with princes, dukes, ambassadors and envoys from the rest of the world."

As Britain displayed its wealth, power and prestige, Jamaica, with all justification, could claim to have made a major contribution to Britain's dominance on the world stage.

- Arnold Bertram is a historian and writer. Comments may be sent to: redev.atb@gmail.com or, columns@gleanerjm.com