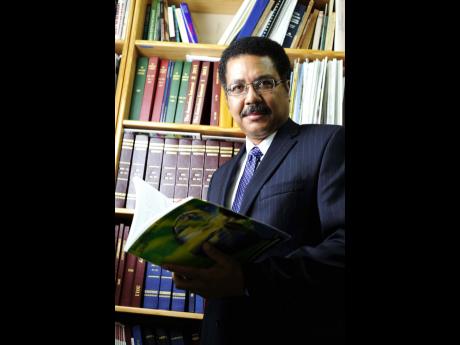 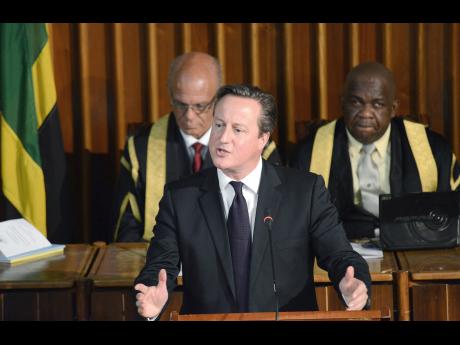 IN HIS first public speech since returning to Jamaica from his stint in Washington as ambassador to the United States, Professor Stephen Vasciannie has come out in support of the offer from Britain to help Jamaica build a new prison.

Responding to concerns that the offer from Britain comes with conditions that may be disadvantageous to Jamaica, Vasciannie, who was also Jamaica's permanent representative to the Organization of American States, argued that those concerns must be taken within the context of the bigger picture.

"Prime Minister Cameron has presented his offer as part of a package - or, some would say, with strings attached - but that is the nature of diplomatic bargaining. We should not miss the forest for the trees in this debate. High priority must be given to the construction of a new prison, and we should be prepared to accept British funding for this effort. This will help to improve the lot of persons doubling up in nasty prison cells - that is where the emphasis must be," Vasciannie said.

The United Kingdom (UK) has offered the Government £25 million to build a new prison in Jamaica so that foreign criminals in the UK can be sent home to serve sentences. The amount is estimated to be some 40 per cent of the total cost involved in building a 2,000 capacity state-of-the-art facility.

Speaking at the project launch of Dialogue Between Democracies, hosted by the Caribbean Policy Research Institute and the United States Embassy, Vasciannie argued that Jamaica should accept assistance where it would lead to alleviation of its human-rights problem.

For Vasciannie, the building of the prison forms part of efforts to safeguard human rights.

"I express my personal hope that Jamaica can find a way to build a new prison within this decade," he said.

He went on to challenge the notion that prisoners should be treated harshly, and called for a more humane approach to correctional services in Jamaica.

"As a society, we sometimes seem to forget that prisoners are human beings. Our inclination may be to suggest that the criminals deserve harsh treatment for they have brought it upon themselves by their criminality. This perspective takes us below the civilised standards we must respect," he added.

Recalling the 1999 visit of British Labour Member of Parliament Gerald Kaufman to some of Jamaica's prisons, Vasciannie pointed out that the poor conditions in prisons have been a long-standing concern that needs to be addressed.

When Kaufman visited Jamaica in his role as a member of the Privy Council to advocate for the abolition of the death penalty, the British press reported him as saying he saw "unspeakable" conditions during a visit to prisons in Jamaica.

"Now, in Jamaica, we can deny these conditions or we can cast a blind eye at them. The better approach, though, is to consider what we may do to improve the situation. And, in this context, I believe there is a strong case for accepting the offer by the Conservative British Prime Minister David Cameron to contribute to the construction of a new facility."

National Security Minister Peter Bunting has said that building a modern, maximum-security prison is "first and foremost an issue of human rights for our inmates right here in Jamaica".

"The island's two principal correctional facilities, the Tower Street Adult Correctional Centre and the St Catherine Adult Correctional Centre, were built in the 1600s and 1800s, respectively. These institutions are literally falling apart. They are outdated and dilapidated with limited scope for rehabilitation, severely overcrowded, substandard and inhumane," Bunting told Parliament recently.