On the corner: In Kingston Central, Thwaites backers plot a whipping for Chin 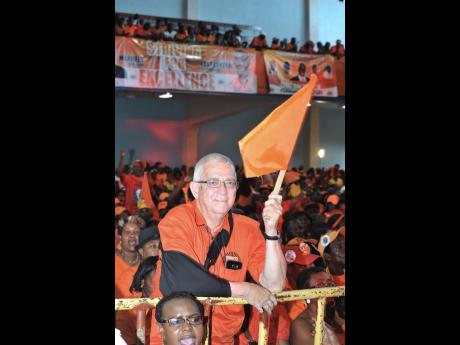 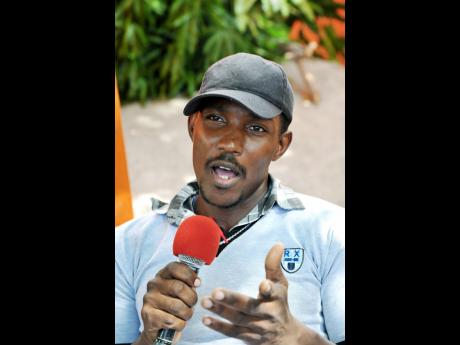 Norman Grindley
Delvin Campbell: So it is not a case that he has not tried. We know that he has tried. 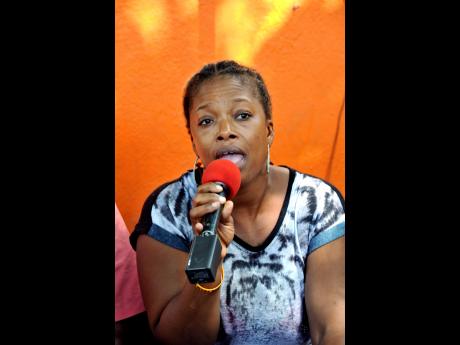 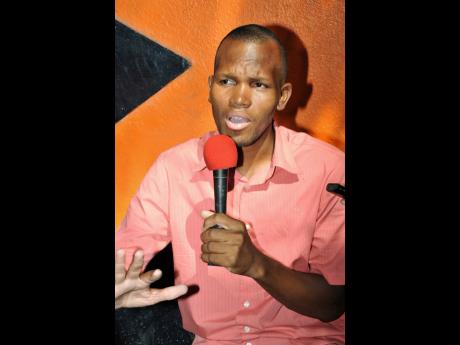 Norman Grindley
Lawrence Rowe: In most of his programmes persons of all political stripes have benefited. 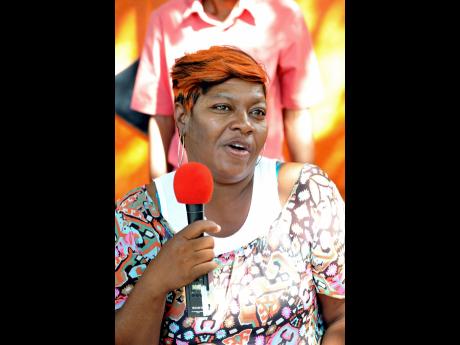 Norman Grindley
Rozena Anglin: I dont even know Robert Chin; I have never seen him before, so I cant tell you anything about him. 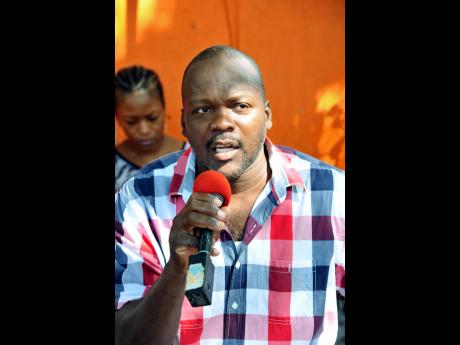 Norman Grindley
Richard Robinson: We all know Mr Thwaites, we don't know who he is running against so there is no competition.
1
2
3
4
5
6

People's National Party (PNP) supporters in Kingston Central are bullish about the chance of Member of Parliament (MP) Ronald Thwaites winning a fourth term in the constituency, which has traditionally been a safe seat for the Comrades.

The 70-year-old Thwaites will be challenged by the Jamaica Labour Party's (JLP's) Robert Chin, but the PNP backers have dismissed the latter as being of no threat.

"We all know Mr Thwaites. We don't know who he is running against, so there is no competition," Richard Robinson, a PNP supporter, told our news team when we went On The Corner at Thwaites' North Avenue constituency office last Monday.

Another Comrade, Rozena Anglin, argued that Thwaites was a known performer, while Chin was an unknown to the constituency.

"My MP, Comrade Ronald Thwaites, is a very decent people person. He assists everybody and anybody. He is not a partial person," said Anglin.

"I don't even know Robert Chin. I have never seen him before, so I can't tell you anything about him."

Thwaites first captured the seat in 1997 and held it until 2002 before stepping down from representational politics amid allegations of professional impropriety. He was cleared of any wrongdoing by then Auditor General Adrian Strachan and returned to recapture the seat in 2007 and has retained it since.

Constituency secretary Lawrence Rowe said since Thwaites' return as MP, he has gone about improving infrastructure, with his efforts not being limited to PNP areas.

"In most of his programmes, persons of all political stripes have benefited," said Rowe as he pointed to a recent housing development in the JLP stronghold of Southside.

"Fire was around by Goodwin Park, and they have received housing even before some PNP persons, who are now without housing and were burnt out from last year. So it would be untrue to say he has been biased in his doings," argued Rowe.

While insisting that progress has been made in the constituency, especially with regard to the improvement of the road network, Rowe conceded that the housing stock and bad roads were still pressing issues.

The Central Kingston constituency includes several inner-city communities that are plagued by violence, with a high-level of unemployment, with several persons struggling to find proper housing.

But Delvin Campbell has defended Thwaites, saying he and others before him have tried to remedy the housing problem but have faced challenges.

"I know for a fact that the member of Parliament, both present and past, has tried on several occasions to solicit lands to build homes for persons within the constituency. There is an issue with the availability of space," said Campbell.

"The constituency is one of the most jampacked, so it very difficult to get the lands to build the houses. The idea is there, but he has always had challenges. Also, I know for a fact that there has been challenges in getting the necessary funding through the National Housing Trust to get the housing plans off the ground for places that he has identified.

"So it is not a case that he has not tried. We know that he has tried, and there are areas in the constituency that have benefited from housing. it is just that it has not been on the scale that we would have hoped."

Andrea Gutzmore reasoned that with "most of the roads having been fixed", Thwaites, who is also the minister of education, can focus on the housing situation during his next term, while highlighting his commitment to education.

"We should vote for Mr Thwaites because he is strongly pushing education ... and education is the only vehicle that will push us forward," said Gutzmore.

"Mr Thwaites pays CSEC fees for almost all of his constituency students who can't afford it - and that is a wide range. And persons are now educated and realise that dollar politics not going anywhere. it is education."

On the corner: In Central Kingston, I'll put my 'X' beside the head because: