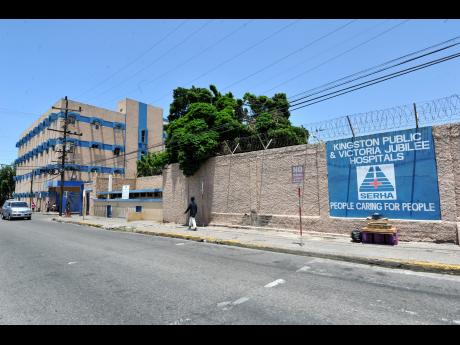 Health Minister Horace Dalley has summoned senior officials from the Victoria Jubilee Hospital (VJH) to a meeting at 2:00 p.m today for further discussions on the reported burial of a large number of babies which he had told The Sunday Gleaner were stillbirths.

Late yesterday Dalley told The Gleaner that, having received an initial report following claims that the bodies of more than 60 babies were at the morgue at the Kingston Public Hospital to be buried, he was less than satisfied and has sought additional information.

The health minister said he has ordered a freeze on the burial of the bodies until the matter is further explained.

Dalley rebuffed reports reaching The Gleaner that some  bodies were buried yesterday. He said that, while the funeral home involved had scheduled the burial, this was not done.

An obviously peeved health minister was adamant that he would be demanding a full explanation from the hospital officials.

Dalley's comments came hours after the South East Regional Health Authority (SERHA) confirmed that the bodies of several babies were slated for burial.

In a late evening release yesterday, SERHA said the babies died over a period of time but there were delays in the issue of the requisite burial documents for the bodies to be released.

According to SERHA, the bodies of 65 babies were removed from the morgue at the Kingston Public Hospital last Friday by the funeral home.

"This includes 38 still births, 27 neonatal deaths. The removal would have been at the end of the administrative  process to allow the State to remove the bodies," said SERHA in its release.

"The funeral home contracted ... to carry out the burials does not collect the bodies until arrangements have been finalised for burials which can result in an accumulation of bodies," added SERHA.

The health authority said the preliminary reports indicated that none of the neonatal deaths were as a result of bacterial outbreaks, in clear reference to the recently reported deaths of 19 babies at the Cornwall Regional Hospital and the University Hospital of the West Indies.