Justices of the Peace urged to maintain integrity 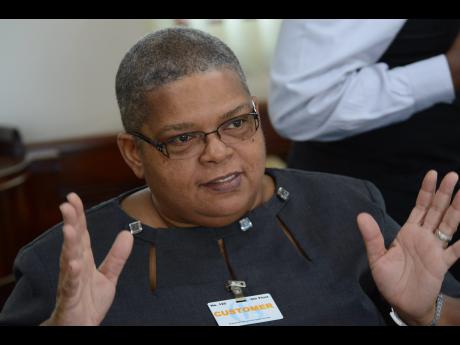 PERMANENT SECRETARY in the Ministry of Justice Carol Palmer is urging justices of the peace (JPs) to maintain integrity in their duties and to avoid actions that bring their commissioned office into disrepute.

She warned JP's against the practice of charging for their services.

"We have too many persons with the commissions that are doing wrong, and it is very shameful to see the increasing number of recommendations coming from our custodes for decommissioning. Some of us are bumptious, and so we are seeking to justify our actions such as charging people for the service," Palmer said.

The permanent secretary was the keynote speaker at the installation of 26 new JPs for the parish of St James, held at the Montego Bay Convention Centre on Thursday.

"The role of a JP is a voluntary service, and unless and until the policy is changed, there is to be no fee for it," Palmer added. "Whether you want to call it a contribution, or whatever, there is to be no fee. If you cannot do it, the custos rotulorum is right here (to take back the commission)."

It had been reported that a number of JPs were charging various sums to perform their duties despite clear instructions that a JP should not charge for his or her service.

Palmer also commented on reports that JPs were not turning up for their rostered duties at the courts despite the fact that it formed part of their mandate.

"Several custodes have advised us that persons who are rostered are not turning up for duty in the courts. If you have taken this office, you need to have the commitment to serve, and you do get the training to work in the courts, but some of us are not doing what we are required to do," Palmer continued.

"Several offices have sent in blank documents that JPs have signed and sealed. Perhaps the person they were assisting did not realise they needed to fill out the documents, but how do you know what is going to be placed on that document after you sign it?" Palmer questioned. "When you sign and seal a document for an individual, you are saying 'I know this person'."