BSI failed to get basic information on bodies in Tivoli 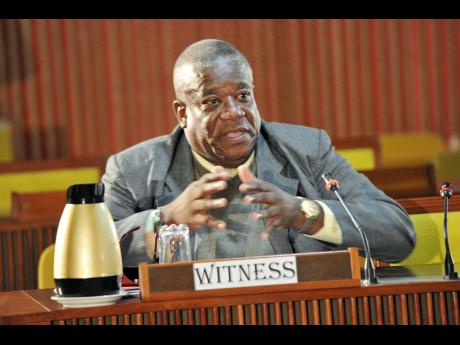 Norman Grindley
Granville Gause, retired assistant commissioner of police of the Bureau of Investigations, testifying yesterday before the West Kingston Commission of Enquiry at the Jamaica Conference Centre.

RETIRED HEAD of the Bureau of Special Investigations (BSI) Assistant Commissioner Granville Gause has admitted that five months after the May 2010 operations in Tivoli Gardens, his unit did not have certain "basic information" about bodies that were found in west Kingston.

The BSI is a special unit that was created within the Jamaica Constabulary Force (JCF) to probe shootings involving members of the security forces.

The admission by Gause came yesterday as he faced questions from the West Kingston Commission of Enquiry about the BSI's investigations into allegations of extrajudicial killings and other claims by residents of Tivoli Gardens in the aftermath of the operation.

Gause testified that a day after the launch of the operation on May 24, 2010, he directed a team of investigators to visit the Kingston Public Hospital to process a number of bodies which had been removed from the west Kingston area.

Responding to questions from Chairman of the Commission Sir David Simmons, the retired BSI head testified that he instructed some of his senior investigators to locate documentary evidence of where bodies had been found.

However, he initially indicated that before the BSI was able to complete its work, the Ministry of National Security directed, early in 2011, that the probe be turned over to the Independent Commission of Investigations (INDECOM).

"No, sir," Gause replied, even as he acknowledged that "those are basic preliminary investigation".

The witness later acknowledged that the investigation was turned over to INDECOM in November 2011.

Attorney for the JCF, Deborah Martin, informed the commission that 29 police personnel gave statements indicating that they fired 1,226 rounds of ammunition during the operation.

Gause also testified that the BSI was given a list by the Office of the Public Defender of 15 premises in Tivoli Gardens where residents alleged that extrajudicial killings had occurred.

He insisted, during cross-examination by attorney-at-law Yanique Taylor, who is representing INDECOM, that his unit sought to determine the identity of the police personnel who were deployed in the areas where the premises were located.

The hearings have been adjourned until February 8 next year.