Hero dies in brave attempt to save mother, son from inferno 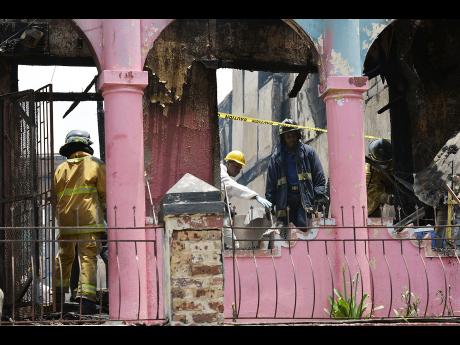 Norman Grindley
Scene of Crime police and firemen going through the rubble to recover the charred remains of a mother, her nine-year-old son, and a man who perished in a fire at 80 Church Street in Kingston on Tuesday night. 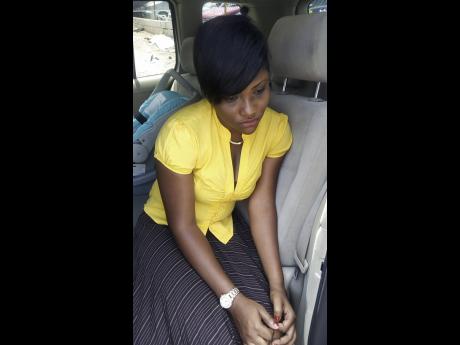 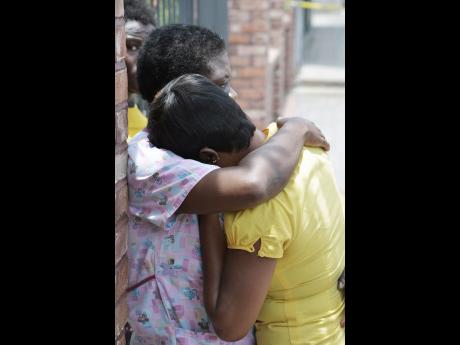 Norman Grindley
Chantol Ellis (right) being consoled by Desrine Bennett, after she lost her mother and brother in a fire.
1
2
3

The valiant and selfless effort of Howard Thomas, otherwise known as Sojie, who met a tragic death on Tuesday night while trying to rescue 47-year-old Annmarie Green and her nine-year-old son, Jordon Marsh, from a raging fire at their home, is being hailed as courageous by residents, who call him their hero.

Thomas was clearly an extraordinary man, who, minutes before his death, saved the lives of three other residents from a wave of furious flames that had spread rapidly, engulfing the premises at 80 Church Street in Kingston, where he and more than 20 other persons lived.

Intent on ensuring that everyone was safely out of the building, Thomas responded to the shrill cries of a mother and her son who were trapped in their room. He braved the flames, and while making his way to rescue the frightened mother and child, died when the upper floor of the two-storey building collapsed on him.

Members of the Jamaica Fire Brigade, who carried out cooling-down operations up to Wednesday morning, found the charred remains of Green, her son, and Thomas.

The tragedy took place at approximately 11 p.m., an hour before Green was preparing to usher in her 48th birthday.

Yvonne Campbell told The Gleaner that Thomas was a kind person who would not hesitate to assist someone in need.

In fact, minutes before the fire started, Thomas had treated a wound on Campbell's foot after she stepped on a nail. "A him look after mi foot inna di night," she said.

"We sit down and a talk and mi foot a bite mi, and him say, 'Let mi turn on the fan on it' because him use some bissy and green banana with something name 'wow', some ointment, and mix it up and tie it pan mi foot and wi sit down and a reason."

It was at this point that an alarm was raised and someone shouted, "Fire!"

Describing his heroic act, Campbell said while everyone was fleeing from the angry flames, Thomas was rushing to help somebody.

"After mi come back this side, him lef and guh draw out one guy, and him guh back fi somebody else and him tek out that person. And when him a guh back through ya suh (the building), him hear the girl cry out. And mi say, 'Come, Sojie, come', but him still go back, and the wall tear off and fall on him and pin him down in the fire," she said

Hopelessly distraught, Chantol Ellis was looking forward to fulfilling a promise she had made to her mother, Green, for her birthday celebration.

What should have been a day of joy and celebration turned into unbearable grief when Ellis received news that her mother and brother had perished in a fire that engulfed their home.

On the morning of her mother's birthday, Ellis was being comforted by friends as she wept nearly 20 metres from the ill-fated premises, where firefighters and forensic experts dug through the debris.

"She said she would like to do her hair, so I said I would send her the money today (yesterday). I went in my VP office to borrow the lab key and a laptop to make a transfer to her, and coming out of the office, that's when my phone rang and I got the call from my foster mom to say that my mom had died," Ellis shared.

Public Relations Officer at the Jamaica Fire Brigade Emilio Ebanks said that his department had not yet determined the cause of the fire.