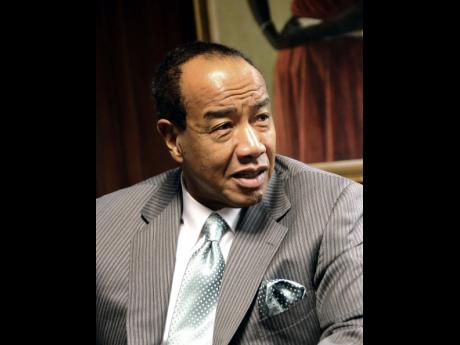 Declaring that he has always lived the impossible dream, new growth tsar Michael Lee Chin yesterday endorsed strictures of the International Monetary Fund (IMF) even as he solicited a pledge of partnership from Jamaicans on the path to sustained economic growth.

"I need every stakeholder in Jamaica to give a written and public pledge as I have given a commitment and a public pledge that we are going to achieve five per cent growth in fours years' time," said Lee Chin in an interview with The Gleaner yesterday.

"It's not going to happen if every stakeholder doesn't make a pledge," he added.

Lee Chin told The Gleaner that the IMF was necessary and stressed that economic growth was also possible at the same time.

He added: "Unfortunately, we had to import strictures to put on ourselves because we didn't do it on our own, but what it ultimately did is to focus our attention on targets."

Lee Chin said that it was accepted as OK when the country failed to meet its targets.

"But it was never OK," he declared. "So now, we have learnt that it is not OK not to meet targets as there are penalties, and that's the reason that we have passed 12 consecutive IMF tests."

In setting the bar high and enjoining Jamaicans to work with him to achieve a five per cent growth target after four years, Lee Chin likened his aspirations to that of sprint sensation Usain Bolt.

"Five per cent is an aspirational goal," said Lee Chin. "At the end of four years, which is the duration of my tenure, we will have GDP growth of five per cent per year going forward."

"We want to step it up, but don't just go from one to five overnight," he stressed. "We want to ramp it up to five and then go from there."

Asked what had prompted this level of confidence, Lee Chin quipped: "Why not 10? You think Usain said he was going to do 25 seconds in 200 metres or 19 seconds?"

Continued Lee Chin: "I am sure Usain woke up some mornings and thought, 'What did I just say?'"

Lee Chin said like Bolt, he has committed to doing what was thought to be the impossible.

The billionaire businessman stressed that this is the course that he has undertaken throughout his life.

"I know I have to do it. That's how things get done. Make a high aspirational goal and figure out how to do it."

Vowing that he would be making growth levels of at least five per cent per annum, Lee Chin declared: "Nothing in my life I have done anybody would have said is realistic."

He scoffed, he said, at the probabilities after being born under poor conditions in Port Antonio in 1951 when no one in his family had ever attended high school; going to Canada to pursue engineering; then getting into business and selling investments and competing with Royal Bank of Canada and others.

He queried rhetorically, "What is the probability of taking over a National Commercial Bank when it was bankrupt?

This, he said, can be achieved by "having integrity in everything you pursue; intelligence in whatever you do; and being passionate about what you do, then you can move mountains".

He said that a growth tsar was necessary to guard against competing opinions and everlasting talk shops.