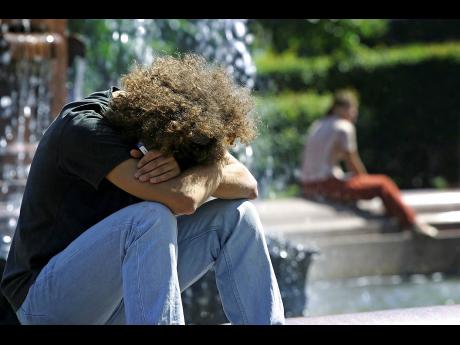 With more than 2,500 cases of child and adolescent disorders seen at public health clinics across the island last year, the Ministry of Health has mandated the recently appointed mental health task force to put this growing problem among its agenda items.

The ministry is concerned that there are many more young people with mental health issues who have gone undiagnosed and untreated for many years.

"Some of them are aggressive - biting, fighting; some are autistic; some have developmental problems, speech problems. It is a whole lot of issues," said Bailey-Davidson.

"We need people to specialise in these areas so we can help the basic school and preschools identify problems and help the children," added Bailey-Davidson as she called for interventions, starting with parents.

For clinical psychologist Dr Karen Richards, the behaviour of some children is often misinterpreted as they are labelled as being bad when they are suffering from a mental disorder.

"A lot of the times, children who live in traumatic situations, their circumstances may not be known by the school. So you can have a child living with a man who is a beater of his or her mother, and many children have lost a relative because of murder," said Richards.

"In psychosis, sometimes people have a complete lack of motivation and apathy and some families may interpret this as laziness. When somebody is psychotic, often, they are suspicious of people around them and withdraw, and that could be taken as them being antisocial and even lazy," added Richards.

She said cutting themselves is one of the products of mental disorder that is quite prevalent among children as she is seeing cases with some as young as 12 years old using razors and other sharp objects to cut themselves.

"We suspect it might be related to a personality disorder, and sometimes, young people cut as a way of taking their attention away from their emotional pain, so now they focus on a physical manifestation of pain," said Richards.

She said she has also noticed the practice of children self-medicating and abusing substances such as marijuana.

In the meantime, head of the Child Development Agency Rosalee Gage-Grey says that since the launch of its mobile mental health service (Smiles Mobile) in 2013, several children screened have shown signs of psycho-social disorder.

"I think it is an area that requires increased focus to treat with the mental health of our children," said Gage-Grey.

"The general issue of mental health in children is a concern, and we are sensing that it is because of the trauma they have experienced through abuse or otherwise. So we need to be catering to that category of children who have these issues."

But president of the Association of Principals and Vice-principals Linton Weir says that due to the shortage of personnel within the schools to deal with the various issues that exist, there may be cases of children suffering from mental illness that go undetected.

He cited one recent case where a boy at his school was aggressive and frequently hitting other students. When the child's guardian was called in and he was taken for evaluation, it was found that he had mental health issues and he was pulled from the school to get special attention.

"I think if we have social workers in our schools, then some of the deep-rooted problems that we have, the social workers would be able to do a lot more in terms of investigation in the various communities," said Weir.