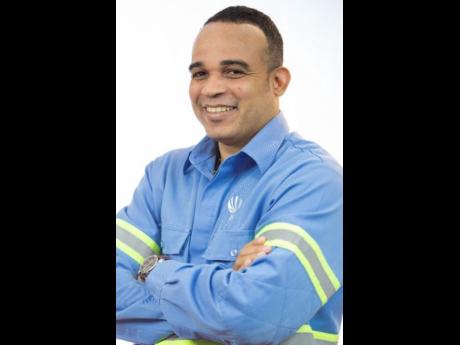 As a senior engineer at Alumina Partners of Jamaica (Alpart), Marvin Jackson made several trips to observe work at Hydro Brasil, the Brazilian operations of the Norwegian aluminium giant Norsk Hydro. What he did not foresee was that on his 2013 trip to Brazil, he would be made an offer to join what is now the largest alumina refinery in the world.

The journey to Brazil could have, however, been predicted by how quickly he advanced in his career at Alpart and his successful restart of the Ewarton refinery, a task he was asked to take on by the owners of Alpart when the St Elizabeth plant was shuttered because of a downturn in global demand for bauxite. It also helped that Norsk Hydro had divested its 35 per cent stake in Alpart and had increased its investment in Brazil.

Jackson's decision to pursue a master's in engineering management early in his career also proved to be an asset.

The work ethic and management skills of the University of the West Indies-trained chemical engineer, during his stint as technical director at Alpart, did not go unnoticed. It was only after a year into taking up this post, when the plant was being considered for closure, that the Nordic owners offered him the opportunity to work in Brazil or become plant manager at Ewarton.

While he opted to go to Ewarton, the Brazilian offer would again be presented.

"My mentor, Alberto Fabrini, is Brazilian and had recently been promoted to executive vice-president and president of Brazilian bauxite and alumina operations for Norsk Hydro. In July 2013, I was invited to visit and meet their management team, after which I was made an offer which I accepted," the St George's old boy told The Gleaner.

He currently oversees technology management, refinery expansion and has been charged with the immense task of ensuring that the plant maintains its status of being the largest in the world. With seven lines and a capacity four times the size of Alpart, Jackson admits that it was a challenge to manage the operations of a plant located in the Amazon, which experiences rainfall for months at a time. Leaving behind his two sons and learning the language also proved challenging.

"The biggest challenge was to learn the language (Portuguese) fully. I can now say after two and a half years I am functional. But it was a real challenge managing a team of 70 technical persons in my first 13 months as we were going through a lot of changes and challenges with refinery stability. It took huge dedication again to work and go to classes to learn a language at nights," he said.

Now almost three years into the job at Hydro, Jackson has made a new life for himself in Brazil after experiencing the decline of the bauxite industry in Jamaica.