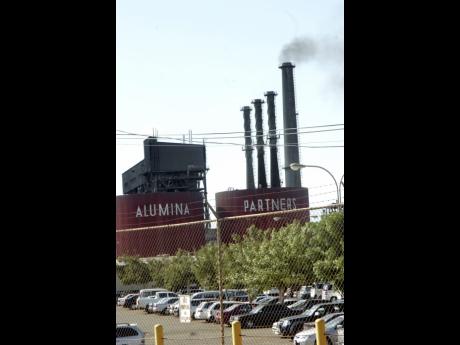 The United Nations (UN) climate change secretariat has added its voice to concerns being raised about a proposal made by China's Jiuquan Iron and Steel Company (JISCO) for the construction of a coal-fired plant in St Elizabeth.

The proposal was announced after JISCO completed a deal to acquire the Alpart alumina factory from Russian company, UC Rusal. The new Chinese owners plan to upgrade the plant with an aluminum smelter that would be powered by a 1,000-megawatt coal-fired plant.

Based on calculations provided by the CoalSwarm Global Plant Tracker, a 1,000 megawatt coal plant would produce 5.6-5.8 million tonnes of CO2 annually, increasing Jamaica's emissions of CO2 by 79-82 per cent. Greenpeace campaigner Lauri Myllyvirta has said that the construction of the plant would violate the Paris Agreement signed under the UN Framework Convention on Climate Change (UNFCCC).

Commenting on the possible impact of the proposed coal plant on Jamaica's UNFCCC standing, Nick Nuttall, UNFCCC spokesperson, pointed out that Jamaica had submitted an ambitious national climate action plan to the UN aimed at achieving a nearly eight per cent emission reduction by 2030. He also argued that the action plan promised commitments of greater investment in greener sources of homegrown energy such as wind and solar power rather than increases in oft-imported fossil fuels.

He argued that economic growth and job creation were not antithetical to environmental protection.

"Many complex choices will be made by governments over the years and decades to come, including with regard to energy sources, but today, there is an ever clearer consensus that overcoming poverty and growing GDP, which are critical for developing countries, can go hand in hand with generating new kinds of high-tech jobs; creating healthier, less polluted societies and a transition to a low carbon economy ...," he said in an email response to The Gleaner.

Prime Minister Andrew Holness has said that the Government is committed to balancing its economic-growth aspirations with its environmental and international commitments.

Comments solicited from Jamaica's mission to the UN and the Ministry of Foreign Affairs were not forthcoming up to press time.