Doc wants to do it! - Wykeham plans to drive PNP rebuilding 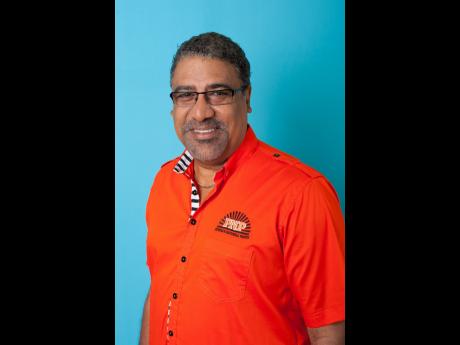 Dr Wykeham McNeill has targeted the rebuilding of the People's National Party (PNP) as one of his main goals if he is elected one of the party's four vice-presidents when Comrades vote in less than three weeks.

McNeill, who is now serving his fifth consecutive term as member of parliament for Western Westmoreland, says once elected, he will be working to rebuild the party to maintain its reputation as being the leading political movement in the Commonwealth Caribbean.

"Our goals must not just be based on simply winning state power, but on a shared vision as to where we want to take Jamaica. Similarly, rebuilding the party is about understanding that the PNP was built on an alliance of classes, forces, and interests.

"We must return to that understanding and project to be on the cutting edge of new thinking, new policies and new programmes that will lead to a widening of social justice and reduce inequality," McNeill told The Sunday Gleaner.

RENEWAL IS A PROCESS

Asked about the idea of renewal being touted by PNP supporters throughout the country, McNeill said: "Renewal is not an event, it's a process. Any successful organisation must have a continuous process of renewal. The most successful models are those that can unite youthful energy with experience."

Not averse to becoming party leader, McNeill, whose first formal foray into politics was as a legislator when he was appointed a government senator in 1995, said his ambition is to leave the PNP and Jamaica better than he found it. "I don't need to be party leader in order to do that."

He said his commitment is to carry out the mandate he receives as vice-president.

"As always, the people will see your worth and make their own judgement as to whether I am deserving of higher service. It is my abiding view that this is not something to chase down; it must be a service and an office to which you are called."

In the long arc of his mission to help transform Jamaica to its best version of itself, McNeill said the goal is not any particular office, but a means to fulfilling a greater mission.

Not oblivious of the internal issues and public scrutiny the PNP is currently facing, McNeill argued that all families have disagreements.

"The People's National Party is a family, and while some of our disagreements may have made it into the public space, I am confident that we will emerge a stronger, more united party, uniting around our common goals and philosophy."

For him, the PNP has recommitted itself to being democratic in its decision-making from top to bottom.

According to McNeill, the PNP is a modernised party making far greater use of modern technologies to organise, educate, and empower its members.

"It is a party that embraces new ideas, where people speak their minds and debate to a point of consensus, then we come together even if we disagree and ask, how can I can help to make this work?" he stated.

This need for consensus is a mantra that McNeill would extend to the entire society, as he argues that in order for Jamaica to advance as a country, its citizens can never stop believing that their best days are ahead of them.

"We cannot allow cynicism and disenchantment to lead us to isolation and individualism and we cannot be paralysed by fear. On the contrary, we must be propelled by the deep reservoir of fortitude from which we have sprung," said McNeill, who is one for five candidates vying for one of the four PNP vice-president posts.

LEAD FROM THE FRONT

The former tourism minister, a medical doctor by profession and a politician by vocation, whose platform is hope, unity, and strength, said both the PNP and Jamaica Labour Party need to lead from the front, working with other stakeholders in a genuine manner "in building the kind of Jamaica we want to live in and our children to inherit".

In his race for the vice-presidency, he is optimistic that Jamaica is able to create a kinder, gentler society, enabling wealth creation for all its citizens and the ability to live in peace and harmony.

Like thousands of other Jamaicans, he argues that the country has become far too violent, coarse, and crude.

McNeill argued that the coarsening of the society has been largely driven by a scarce supply of hope, a lack of unity in action and fear for the future.

"To advance as a country, we can never stop believing that our best days are ahead of us," he said.