Jamaica accuses CXC of being 'very difficult' over Penwood issue 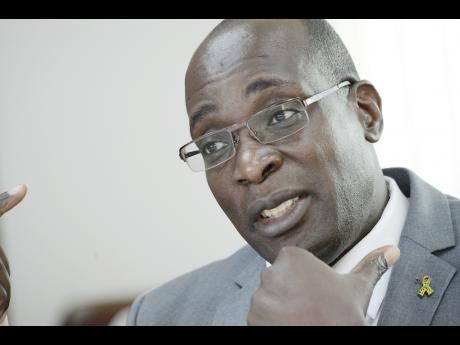 Jamaica is accusing the Caribbean Examinations Council (CXC) of being "very difficult" but has said it will not back down from its push for exam grades for some 40 students of Penwood High.

"We have our concerns that CXC is being very difficult, and as a very important stakeholder in the process, we thought that the matter would have been dealt with more expeditiously and favourably than they have been doing so far," Education Minister Ruel Reid said yesterday.

"I'm not exactly happy with how they have proceeded to treat this matter," he added.

The situation escalated on Friday when, rather than receiving results as Reid had suggested, the CXC informed Penwood that the school did not qualify to get the grades under a 'hardship' consideration.

A meeting slated for yesterday between Reid and CXC chairman, Professor Sir Hilary Beckles, has been pushed back to later this week because of scheduling clashes.

CXC did not award the grades in six subjects because Penwood did not submit samples of the students' school-based assessments by the July 31 deadline.

The Government intervened after a Gleaner report, and made an appeal on which the CXC ruled on Friday.

Reid argued that the "difficulty" is coming from technical staff at CXC who are worried about setting a "bad precedent", which is why, he said, he wants to deal directly with the CXC chairman.

"My appeal ought to be directed at the council itself, headed by the chairman. I know that they have been arguing that they don't want to set a bad precedent, but in reviewing this particular situation, I think the chairman had himself sympathised with the fact that it was the first year (for electronic submissions) and there needs to be an allowance for teething pains," he said.

He continued: "It's just unfortunate sometimes how we don't like to provide justice to our people."

Reid said he expects the issue to be resolved by this week and the grades issued by month end.

Penwood said it had problems with an online submission portal, which the CXC admitted, although it said in recognition of the problems, it had extended deadlines.

Penwood's principal Donna McLaren has said the school's exam coordinator did not do like other schools with problems and submit physical copies of the samples to the CXC office.

Having turned down the appeal to issue the grades based on hardship, CXC's approach is now not clear given that it has requested more samples, and questions submitted by The Gleaner have not been answered.