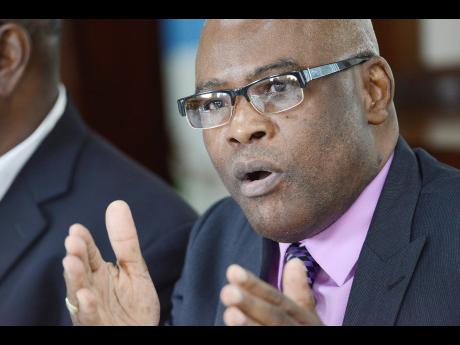 The National Environment and Planning Agency (NEPA) has not been involved in any discussions on the use of coal as a potential power source at the old Alpart bauxite facility in Nain,

St Elizabeth, whenever Jiuquan Iron and Steel gets its operations going.

The Jamaica Environment Trust had voiced strong objection to the proposed construction of a 1,000-megawatt, coal-fired power plant, citing the threat to health and the natural environment.

"I am making sure that NEPA and everybody get all the information and do all the research that the judgement call is a sensible one, because the environment is very important to me equally, and we'll have to work around that," Minister of Transport and Mining Mike Henry told The Gleaner recently.

However, executive director of NEPA, Peter Knight, has since confirmed that the regulatory agency is yet to receive an application on the matter and emphasised that its representative who went to China with the Jamaica delegation in July did so solely in the capacity of an observer.

"[We] did not go to give any advice, did not go to participate in anything. [We] only went as an observer to look at what people were talking about as a (coal) plant," Knight said.

Science, Technology and Energy Minister Andrew Wheatley had said during the press conference in July that Government was awaiting an official report from NEPA, in order to inform its decision on the matter. This is not so, according to Knight.

"We eagerly await dialogue with the investors when they are directed to us. I would suspect that if we are going to proceed with the intention of doing a development, that the investors would have dialogue with NEPA. We would take them through the processes. We would design the terms of reference with a group of experts that we have identified and then we would take it from there," Knight disclosed.

"And which also would allow the general public access to, and participation in, the process, through the public meetings and the comments that they make. All of those things would go into any consideration and decision on this matter."