OUR gets new boss - Enforcement director picked to replace Gordon 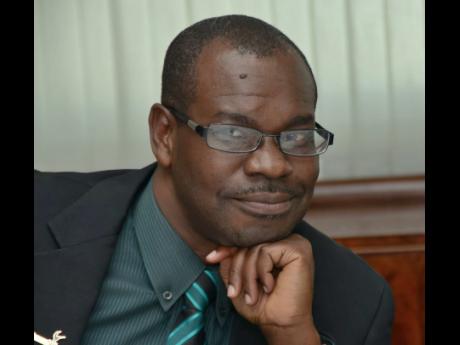 Ansord E. Hewitt, regulatory specialist, economist and attorney-at-law, is the new director general of the Office of Utilities Regulation (OUR).

As director general, Hewitt will be an ex officio member of the office. He succeeds Albert Gordon, who demitted office at the end of October 2016.

Hewitt, who was formerly the OUR's director of regulation, policy, monitoring and enforcement (RPME), has more than 25 years' experience working and providing leadership at various levels in quasi-judicial organisations.

The chairman of the OUR, Joseph Matalon, has extended congratulations to Hewitt on his appointment to head the organisation.

According to Matalon, all members of the office of the OUR are committed to support the new director general and to ensure that under his leadership the OUR will continue to perform its regulatory functions with efficiency and with keen regard to the public interest.

Hewitt has charted a career in competition and regulatory analysis, joining the OUR in February 2000, where he has served in several positions, including economist, manager of regulatory affairs, secretary to the office (the first such) and, most recently, the director of RPME.

Before joining the OUR, Hewitt worked at the Jamaica Bauxite Institute and the Fair Trading Commission as an economist. He also lectured at the postgraduate level on Regulation and Regulatory Reform, in the Department of Government, University of the West Indies (UWI), Mona, for more than 10 years, and he has been a tutor in the UWI's Master's in Telecommunications Regulation and Policy Programme.

The holder of a master's degree in regulation from the London School of Economics, obtained after being awarded a Chevening Scholarship in 1997, Hewitt also holds undergraduate honours degrees (Bachelor of Science (BSc) in Economics & Management (UWI), and Bachelor of Law (LLB) from the University of London. He holds a Certificate in Legal Education from the Norman Manley Law School.

Hewitt has, on more than one occasion, been invited to be part of the faculty of the Public Utilities Research Centre, the University of Florida's premier two-week certificate course in regulation.

Hewitt is married to Sharon and is an unapologetic man of faith.