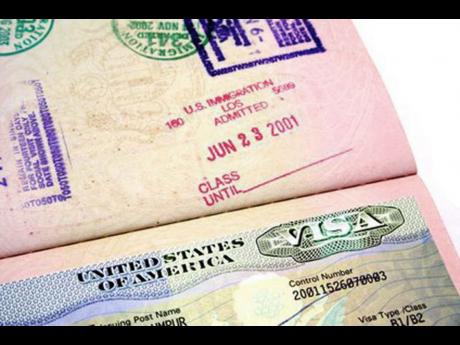 The United States (US) has revoked the visitors' visas of six prominent Jamaicans, including three senior attorneys, in what sources say is a shot across the bow of the Andrew Holness-led administration over its failure to cancel the spectrum licence granted to Symbiote Investments Limited, which trades as Caricel.

"The US is adamant that Caricel is not fit and proper to operate a spectrum licence and has made it clear to the administration that it will take action if the licence is not revoked," a senior government source told The Sunday Gleaner yesterday as he confirmed that the visas were cancelled.

"Some of the persons who have lost their US visas, including the lawyers and a family member of one of the attorneys, have ties, no matter how slight, to Caricel, and this seems to be a warning from Washington, which has produced what it called hard evidence that questions the credentials of the company," the government source added.

He was quick to dismiss word on the street that Minister of Science and Technology Dr Andrew Wheatley was among those whose visas had been cancelled.

That claim, which spread rapidly across the island last Friday, was also put to bed by Joshua Polacheck, public affairs officer at the US Embassy in Kingston.

"I want to make it very clear that there is no truth to the rumours that a government minister's visa has been revoked," Polacheck told The Sunday Gleaner.

"There is a global policy of the US State Department not to comment on individual visa cases," added Polacheck, as he refused to confirm or deny the claims that the visas of six prominent Jamaicans had been cancelled.

Weeks ago, the US Embassy in Kingston first publicly signalled its disquiet with the decision to issue a spectrum licence to Caricel as it tweeted that it shared concerns voiced by Contractor General Dirk Harrison that the Government had acted despite his recommendation not to do so.

At that time, Polacheck said the tweet was not an indication that the US was meddling in Jamaica's domestic affairs.

"What the embassy was doing was highlighting concerns raised by the contractor general about the lack of clarity around this particular telecoms contract," Polacheck told The Gleaner then.

"We hear the contractor general say that the contract was signed two and a half months ago, but it does not appear to be a matter of public record. No representative from that company, as far as we're aware, has approached any American authorities about issues around inter-connectivity," he added.

Holness has said the Jamaican Government will continue to engage the United States Government through its embassy in Kingston, via normal diplomatic channels, with a view to addressing any concern it may have about the granting of the licence.

The prime minister also promised that Wheatley would issue a statement outlining the sequence of events that led to the award of the licence, but that statement has not yet come.

Ryon Jones contributed to this story.