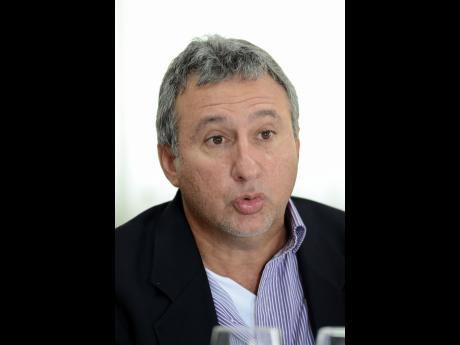 President of the Jamaica Manufacturers' Association (JMA) Metry Seaga wants business operators who come under threat of extortion to report all such cases to the police instead of negotiating with gangsters, whose criminal activities they would likely to end up sponsoring for quite some time.

"Extortion can be a real problem, and I would recommend that anybody who feels even the slightest hint of extortion should take it to the police immediately," Seaga told The Gleaner.

The police report that in 2015, criminals fleeced business operators in Spanish Town, St Catherine, of an estimated $400 million in extortion money, a situation law enforcement is still finding difficult to arrest due, in large measure, to the lack of cooperation by the victims.

"It is a very tricky situation, as even when you contact business persons, they are not helping us. Even when you tell them that the police are able to install a covert mechanism in their businesses to gather information to prosecute those involved, they still don't agree," head of the Jamaica Constabulary Force Counter-Terrorism and Organised Investi-gation Branch, Senior Super-intendent Clifford Chambers, said as he addressed a Gleaner growth and jobs forum last year.

Chambers said the police would continue to work to clamp down on extortion, but admitted that the force needs the full participation of the public to topple the problem.

"We have to trust our police force, and if we keep going behind their backs, all we're doing is undermining their ability to do their jobs. There has to come a time when we don't let fear override us. I would not recommend to anybody to be stupid, but by the same token, I think we have to meet with these sorts of things head-on," he declared.

"Even the way people drive on the road and the way people generally behave in the society, we need to address it now [because] it's part of our crime and violence and our general attitude as a people, and we need to start realising that the rule of law is important."