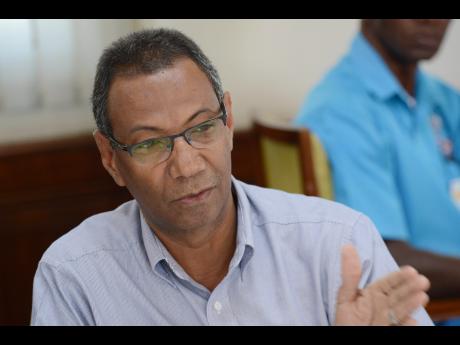 Jamaica is moving gradually towards developing a solid forensic investigative capacity with the help of the University of the West Indies (UWI), through the UWI forensic science programme in the Faculty of Medical Sciences.

Revealed by UWI professors on Wednesday in a Gleaner Editors' Forum at the North Street, Kingston office, the faculty will contribute greatly to this year's UWI Research Days, where they will be delivering one of the main attractions for the 2017 event.

Research Days will run from February 1-3 at the Research Village, UWI Mona.

A real-life crime scene with the depiction of a rape and a murder will be staged, followed by demonstrations on how to properly investigate similar scenes.

This demonstration will target persons interested in the forensic field, but will be open for viewing by the general public.

"It will be a scene that will include murder and rape and, based on that evidence, it would involve collecting fingerprints, blood evidence, the bullet used in terms of the cartridge and how we go about doing the analysis. We will have a separate room for the crime scene and one for the lab scene where the evidence will be analysed. We'll have a comparison microscope, which will basically be used to compare the cartridges collected from the scene," director of the UWI forensic science programme, Professor Wayne McLaughlin told The Gleaner.

Persons walking through the display will get the chance to engage forensic scientists from the university on related topics.

There will also be a video presentation as part of the overall package aimed at helping to solve the Caribbean's crime problem.

"The whole forensic investigation (demonstration) started with the forensic programme that we offer. We provide training for forensic scientists in the police force and who are in the Jamaica forensic lab. We don't train students only from Jamaica. Students are also from Trinidad, Barbados, Guyana and Belize.

"One of the issues of the Caribbean is crime, and this is one of the initiatives the UWI put on in terms of looking at new and innovative programmes that can help to solve some of the region's problems," McLaughlin said.