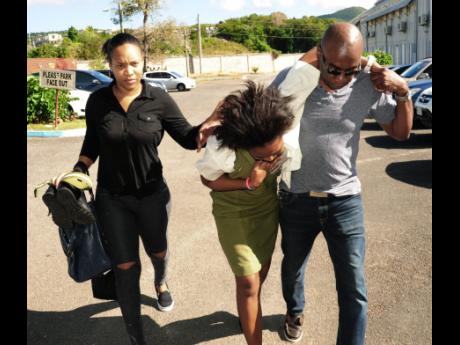 Adrian Frater
These parents are among several who had to rush the grieving students of Green Pond High School to hospital yesterday after some of them fainted at the school. 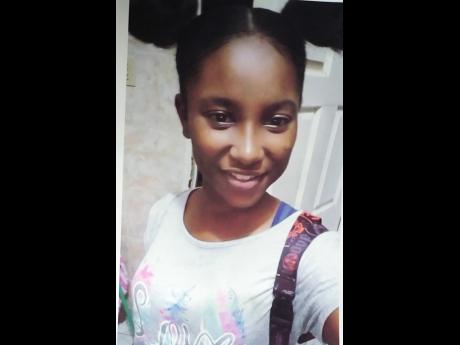 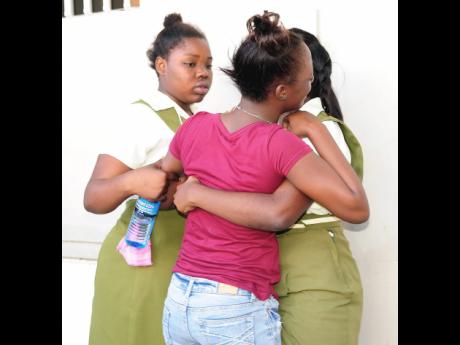 It was less than five hours since the news broke that the decomposing body of 15-year-old Shineka Gray had been found in Irwin Meadows, St James. Grieving residents of Clarke's Street, Mt Salem, where she lived, were out in the street, some crying as they discussed the awful tragedy.

Suddenly, all hell broke loose! Heavy gunfire, unleashed by heavily armed thugs, erupted around them, causing mass panic as residents fled in all directions in a mad scramble to get out of the line of fire.

When the shooting ended as the marauding 'shottas' made good their escape, one resident lay dead, having sustained multiple gunshot wounds to the head and upper body. The dead man was subsequently identified as 27-year-old Owayne 'Pushead' Nicholson of a Clarke's Street address.

"We can't even grieve in peace. I believe MoBay is under a curse. Every day is the same thing - shooting, murder, rape. Why? When will it end?" said an elderly resident of Clarke's Street, tears rolling down her face.

The tragic news for Clarke's Street came at approximately 5:30 p.m. on Wednesday with reports that the police had found a body in Irwin Meadows. Relatives and residents who had been searching for Shineka since she failed to return home from the funeral of a friend on Sunday rushed to the scene.

"Me nah lie. Me haffi bawl when me see wah dem do to the little girl. Dem stab her up bad ... it was not a pretty sight," said a resident, who was among those who rushed to the scene. "What could this likkle girl do mek somebody do her like that? God help us all!"

Following the disappearance of Shineka Gray, relatives and friends were using social media in their search for her, posting pictures on Facebook and asking members of the public to look out for her.

Yesterday, speculations were rife all over that she might have been kidnapped, raped, and then killed by her attacker, who chose the isolated location in Irwin Meadows to dump her body.

Yesterday, tears flowed freely at Green Pond High School as students and teachers struggled to come to grips with the death of Shineka, who was described as "friendly and easy to get along with". Several students fainted and had to be rushed to hospital.

"Sir, it could be me ... me cry all night last night. People can so wicked?" a grade nine student, who resides in the volatile Glendevon area, asked. "We are all in danger ... the killer could be right here with us and we don't know."

For Michael Ellis, the principal, the school had lost an exemplary student, who has a lot of potential and who was clearly on a path to making something positive out of her life.

Yesterday, the St James police issued a statement that having processed the crime scene, they will be following certain leads, which they hoped would help them to identify and arrest the killer.

In the case of 27-year-old Owayne 'Pushead' Nicholson, it appeared that he was the target of the gunmen, who invaded Clarke's Street shortly after 9:30 p.m.

"We have had several shooting incidents in recent days and I know it was only going to result in something like this," a Clarke's Street resident told The Gleaner. "The illegal guns are here in large numbers and until they are taken out of the hands of these killers, the killings will not stop."