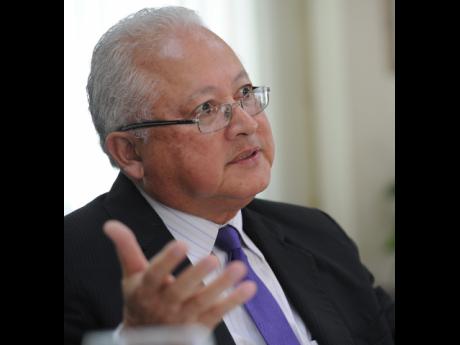 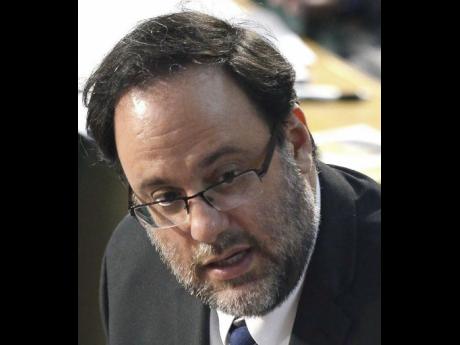 Persons, including journalists, who breach the Criminal Justice (Administration) Act by taking pictures of prisoners in the precinct of a court in Jamaica could be fined the princely sum of $20 or a period not exceeding one month in prison.

This is among several laughable maximum punishments which are included in the laws of Jamaica, which Minister of Justice Delroy Chuck is pushing to change, and change quickly.

According to Chuck, he wants a "total overhaul of this and all other such ridiculous laws on the books".

Miller pleaded guilty to making a false declaration to Jamaican immigration officials, under the Immigration Restriction Act, and with the maximum fine set at $100, the presiding judge labelled the process "embarrassing".

"Since the fine was exposed, I have since met with the Law Reform Unit of the Ministry of Justice and I have asked for an immediate Cabinet submission to formalise a process for all the laws of Jamaica. I want

proposals for these laws to be immediately updated within weeks," an angry Chuck told The Sunday Gleaner.

"This review and submission that I am asking for is not going to be months. It's going to be weeks. We will go through all the laws, look at all the fines that have been imposed, and we intend to make proposals to the Cabinet as to how the fines should be increased.

"I will have a full discussion with the Law Reform Unit, so we can put a formal Cabinet submission within the next week or two," added Chuck.

Miller was sentenced in the Kingston and St Andrew Parish Court after pleading guilty to one count of making a false declaration to immigration officials at the Norman Manley International Airport on April 4, by signing his name as 'Marlon W' on a document on which he acknowledged that his name was Tesha Miller.

Since then, there have been suggestions that Miller should have been charged under the Immigration Restriction Act Commonwealth Citizens' (Amended) 1988, Section 31 which would have allowed the parish judge to impose a maximum fine of $10,000.

"Having pulled the law, I am not too clear under which act he was sentenced. So it's a matter that I need to investigate. But it seems to me that the bill was updated in 1988 and the impression I have is that the sentence was handed down under the pre-1988 law," said Chuck.

In the meantime, former justice minister Mark Golding last week acknowledged that there are hundreds of such laws on the books which must be updated.

According to Golding, overhaul of the laws started under the Justice Undertakings for Social Transformation (JUST) Programme, which was developed out of an assessment of the Jamaican Justice System dating back to 2006.

That assessment which was conducted by the Canadian Department of Justice was completed in April 2006 and led to a preliminary list of measures that could be taken in support of Justice Reform in Jamaica.

"There are hundreds and hundreds of laws in Jamaica and most of them create offences, so the exercise of updating them for the change in monetary value over time is a very important exercise. It's not a simple thing.

"I initiated a project in the ministry which, as far as I know, is still ongoing, to bring a law that would categorise all criminal offences that are punishable by fines into different levels of severity," said Golding.

"So you would have band, say, from A to J and each offence would be allocated to a band. The law would allow for all offences allocated to band A to be amended by order of the minister to go into Parliament for approval, so that over time they could be adjusted easily without having to scour through all the laws again without having to identify because of these anomalies," he said.

Golding said it was a Herculean task, and needed resources. The reform programme is currently receiving funding though the Canadian government. This comes to an end in 2020.