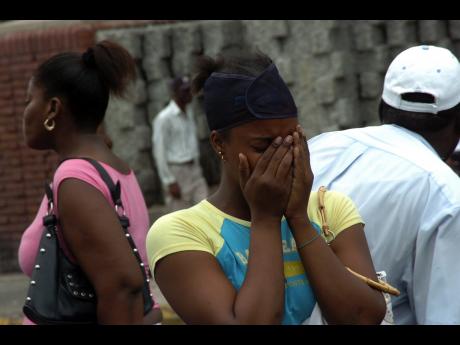 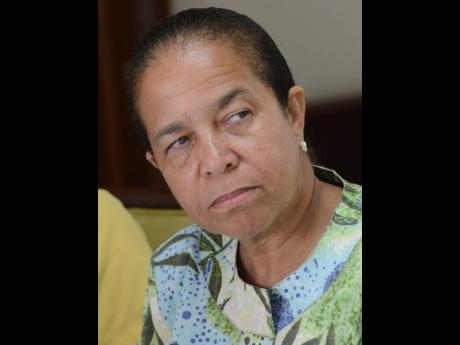 Children, especially girls, bore the brunt of the sexual-abuse cases reported across Jamaica in 2015, a trend that started several years ago.

While 2016 figures are not yet available, data compiled by the Jamaica Crime Observatory Integrated Crime and Violence Information System (JCO-ICVIS) showed that 710 or approximately 66 per cent of the 1,079 persons sexually assaulted across 10 parishes in Jamaica in 2015 were children.

Janet Cupidon-Quallo, child protection specialist at the United Nations Children's Fund, which helped to revamp the JCO-ICVIS in 2015 to extend its scope, explained that the data does not tell the full story as it captured reports from only 10 parishes.

In addition, while that data for the previous four years (2011-2014) represented cases which had been cross-validated by the Ministry of Health, the Jamaica Constabulary Force, the Registrar General's Department and the Forensic Science Laboratory, for 2015, the health ministry's data was not available.

"We did not get the figures from the Ministry of Health because of some technical difficulties on their part with data generation," said Cupidon-Quallo, as she noted that health ministry's numbers could be more as persons who go to hospitals don't necessarily go to the police.

Cupidon-Quallo sounded the alarm for the entire country as she noted that despite limiting the data to five parishes between 2011 and 2014 and expanding it to 10 parishes in 2015, just over 4,000 reports of sexual assault of children were recorded.

"One of the alarming aspects of the whole phenomenon is the fact that many of these children are assaulted by people who they know and trust, including family members," Cupidon-Quallo said.

"The unfortunate thing, too, is that some of these children do not receive treatment and they do not get the opportunity to heal and recover, and it shows up in their behaviour later in life, sometimes in their teenage years.

"It manifests itself sometimes in very violent behaviour and they sometimes get punished for being antisocial, so they lose out again."

Seven boys were numbered among the children sexually assaulted in 2015, but Cupidon-Quallo warned that this number does not reflect the reality as there is significant under-reporting of cases involving the boys.

"Part of that (under-reporting) has to do with the exploitation of the boys, which also happens with the girls, where they get involved in transactional sex because they need to find their bus fare and lunch money. But it is still a crime even if the child consents to the act."

In the meantime, Rosalee Gage-Grey, chief executive officer of the Child Development Agency, which is part of the JCO-ICVIS technical committee, said while the numbers presented in the report illustrate how serious the problem of children sexually abused is on the island, it is still being under-reported.

"It is a very serious problem, and still I think there is a lot of under-reporting, so the effort must be how can we get those reports and how can we prevent it," said Gage-Grey.

"The concern of most of us in child protection is the fact that we are seeing the increasing levels of abuse against our children. It seems to be continuing unabated, and to stem it has to be a collaborative effort.

"Our efforts going forward must be to see how we can stop it, prevent it, through public education and active prosecution. The law specifically speaks to even those who suspect and don't make a report," added Gage-Grey.