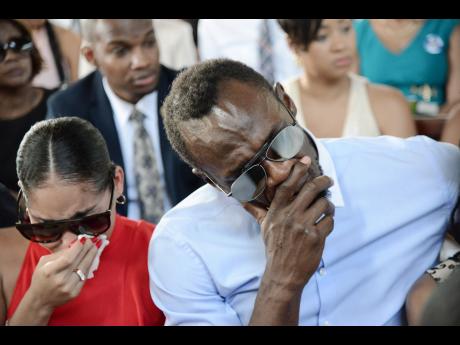 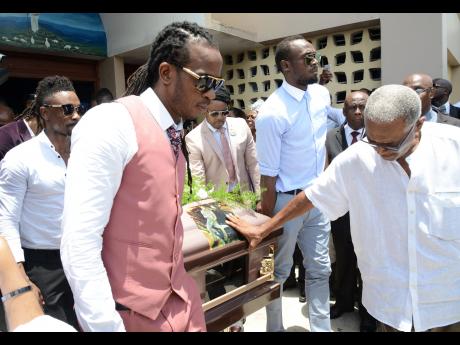 Unfortunately, that did not materialise.

Forte was among scores who filled the Hagley Park Road Seventh-day Adventist Church in St Andrew to bid farewell and pay final respects to the accomplished high jumper, who spent most of his life in Jamaica but later moved on to represent Great Britain in track and field.

"The last thing I remember is when I was at the Olympics and Germaine kept on messaging me, saying, 'Mek sure you hold one a dem (jersey) deh fi mi, you know. Mi a go get Ugo (Usain Bolt) fi sign it. Every day Germaine link me at the Olympics [on the phone]. Dem time deh, him deh a England," Forte recalled.

"Anyway, mi still save the jersey fi him, bring it down, and him message mi, but him still never reach Jamaica yet. I came back to Jamaica in September, but he came back just last month and was here for a little while before his death. He didn't spend long enough for me to get to see him, to say goodbye, and up to this day, mi still have the jersey," Forte told The Gleaner.

At the service, many, including Bolt, could not hold back the tears.

The eulogy was delivered by Mason's cousin, Eric Cyrus Jr, who remembered him as a persistent individual and spoke also of the undying love Germaine and his son, Jelani, shared.

"Germaine was a very sociable individual. He loved life to the fullest. Through his endeavours, he never gave up. He persisted until he triumphed. The same easygoing personality that we all know, he carried with him into his fatherly role. He was never too bothered, and it was very rare that you would hear him shout at Jelani," Cyrus Jr said.

Mason, who died on April 20 after losing control of his motorcycle that crashed along the Palisadoes road in Kingston, was interred at Long Road in Grange Hill, Portland.