'We must be grateful!' - Charles demands MPs apologise to Food For the Poor 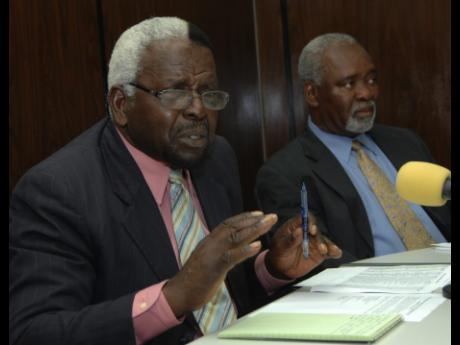 Members of Parliament who have 'attacked' Food For The Poor (FFP), claiming that poor-quality houses are being built for poor Jamaicans at unreasonable costs are ungrateful and should apologise to Jamaica's largest charity, argues Pearnel Charles, the representative of Clarendon North Central.

"It is unfair to our national and international donors for us to speak the way we speak about FFP. Neither PNP (People's National Party) nor JLP (Jamaica Labour Party) governments could do for the people of Jamaica what has been done over the last few years. We need to apologise to Food For The Poor. We must be grateful," he told The Gleaner yesterday.

Audrey Sewell, permanent secretary in the economic growth and job creation ministry, says that the project continues under the same structures unless a directive comes from the portfolio minister, Andrew Holness, prime minister. A parliamentary committee has called for a review to give MPs more say in the selection of beneficiaries.

"A parliamentarian is well within his or her right to ask for that (review), but just to say, though, that the programme continued under this administration as it was originally conceived and implemented," she told The Gleaner

Food For the Poor, Jamaica's largest charity, has reacted angrily to comments from the MPs, who raised questions about the quality and cost of building the houses under a five-year agreement that was signed in August 2012. One thousand two hundred houses, each worth US$6,400 (J$832,000), are to be built each year of the deal. Jamaica pays half of the cost of each two-bedroom board house.

Lanford Chambers, director of projects in the economic growth and job creation ministry told the committee that FFP wants a US$800 increase because of higher prices imposed by overseas suppliers.

Leslie Campbell, the MP for St Catherine North Eastern, argued that the construction of Food For The Poor houses does not have to be so costly. "I can build anyone of these units in my constituency for half the price of what is being quoted. There's absolutely no justification for us using the State's money costing J$800,000, or thereabout.

"My preference would be for those allocations to be given directly to the MPs who can use local labour to achieve better results. I'm just horrified," he added. He was supported by Dr Fenton Ferguson, who said that it was worth questioning whether Jamaica was getting value for money.

Committee chairman Mikael Phillips said that the discussion "was meant to signal a constant need for quality controls and should not be interpreted as a general disapproval of either the houses or the programme".

MPs, along with non-governmental organisations, can recommend beneficiaries, but Phillips says that with unclear guidelines from the Government, MPs with certain knowledge and experience should play a greater role in the process, especially when "the most needy persons are being denied access to the housing".

The charity's chairman, Andrew Mahfood, has rejected claims of termite problems and poor construction. He also said that the proposed increase was justified. "Our costs of producing the homes have gone up, and we would not want to have to negotiate."

The project falls under the HOPE secretariat, the entity that replaced the Jamaica Emergency Employment Programme. Approximately 4,120 houses have been constructed so far, Mahfood said.