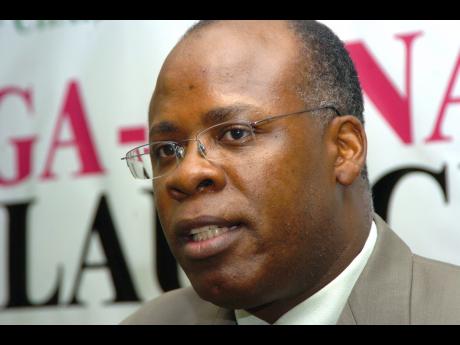 With the likelihood of multilaterals holding back donations and international investors shying away from countries that are perceived to be corrupt, Leighton McKnight, chairman of the Jamaica Audit Commission and senior partner with PricewaterhouseCoopers Jamaica, says that efforts must be made to reverse Jamaica's current position on Transparency International's Corruption Perception Index (CPI).

Jamaica's latest dip, by 14 points in the 2016 edition of the index "is not a proud moment for any of us because it has implications for business", said McKnight.

Addressing auditors from Supreme Audit Institutions across the Caribbean yesterday at a two-day procurement audit workshop at the Marriot Hotel in Kingston, McKnight reasoned that international investors "take seriously the perception of corruption".

The workshop was staged by the Caribbean Organisation of Supreme Audit Institutions (CAROSAI), which comprises 23 member bodies from across the region and has its secretariat currently hosted by Jamaica's Auditor General's Department.

"We all have a role to play to ensure that that trend is reversed," McKnight told local and regional auditors in attendance.

"Let us put our minds to see what we can do to arrest corruption, arrest mismanagement, that we all can have better countries to live in."

The workshop will concentrate on public procurement, an area which McKnight said was of grave concern as it relates to corruption and mismanagement.

Jamaica slipped 14 places to 83 out of 176 countries on the annual CPI, last year, with particular concerns being raised about corruption and inequality.

Last year's CPI score also saw Jamaica falling to 39 out of 100, two fewer than the 41 attained in 2015. On the CPI, zero is seen as highly corrupt and 100 as very clean. With Jamaica averaging in the 30s, the country is perceived to have a serious corruption problem, as scores lower than 50 are deemed corrupt.

Therese Turner-Jones, country manager of the Inter-American Development Bank (IDB), in her comments, reminded regional auditors that they had the tough job of ensuring accountability in the public sector.

"It is an extremely important job to keep accountability in the public sector. It is not only important to safeguard the reputation of the country but crucial because taxpayers are looking for value for money," she asserted.

However, the IDB country manager praised Jamaica's Auditor General's Department for being on the "cutting edge in terms of timeliness of reports", which are tabled in Parliament.

At the same time, she suggested that some countries across the region were struggling to have their reports published on a timely basis in Parliament. Turner-Jones also indicated that some of these reports were not discussed by the public accounts committees or debated in Parliament.

Karlene Francis, World Bank operations manager, who commented on the two-day procurement audit workshop, attended by auditors across the Caribbean, said the training would include guidance on electronic procurement systems.

"Well designed and implemented e-procurement system can strengthen oversight and reduce opportunities for improper exercise of discretion," she said.

She argued that e-procurement was emerging as a tool to reduce corruption in the public sector.

In 2013, the World Bank implemented the first electronic procurement system in the Caribbean.

The Electronic Pharmaceutical Procurement System is being used by the Organisation of Eastern Caribbean States (OECS) to purchase pharmaceuticals and other medical products for nine OECS countries.

Francis disclosed that the use of the electronic procurement system resulted in an estimated 35 per cent reduction in the unit cost of medical products.

"Regional procurement of harmonised portfolio of 700 medical products, has produced collective annual cost saving of US$3 million and has exemplified the pool procurement of pharmaceuticals as a good model to gravitate to other commodities such as textbooks," she added.

Francis encouraged the group to discuss pool procurement and electronic procurement systems, which are collectively being used by the OECS pharmaceutical procurement service to realise significant financial savings, improved transparency, and increased efficiency.