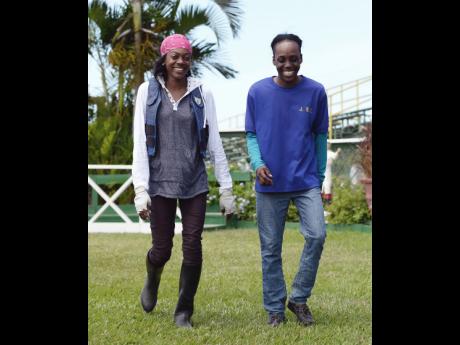 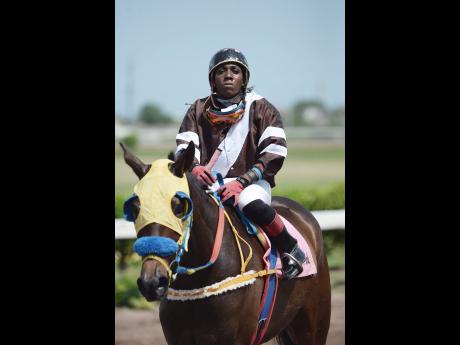 Jermaine Barnaby
Andree Powell in the saddle of TRANSFUSION. 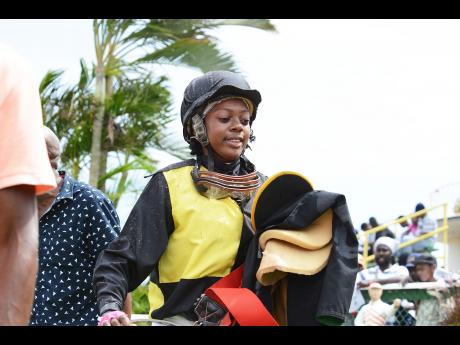 Any woman who has ever participated in a male-dominated arena can tell you that she has probably heard the words "what do you know about ... ?" at some time or another.

For female apprentice jockeys Mellisa Ward and Andree Powell, their time in the male-dominated sport of horse racing hasn't been any different.

Ward, 23, and Powell, 27, were graduates of the Jockeys Training School in 2015 and have been making names for themselves at Caymanas Park since.

The women got their start in contrasting fashion. Ward first accompanied her father to Caymanas Park on a day when then sole female Georgina Sergeon was in action, and after watching her and Omar Walker, who was in winning mode, was moved to join the profession.

"I was inspired by them and I said, 'Daddy, I want to become a jockey'," she told The Gleaner.

Powell, who hails from Clarendon, had always told people while she was young that she wanted to become a jockey, but somewhere along the line, she forgot her early ambitions.

It wasn't until after she graduated from Clarendon College that she remembered her earlier dream as people started telling her that her petite frame would be ideal. So small is she that she wears a size four shoe.

"So I just took it into consideration and I ended up here," she said, adding that she moved to Old Harbour after high school and met a trainer there who helped her get into the business. It was a long journey. Five years spent learning the ropes.

"You have to be here for a period of time, learn a lot of skills and tactics, before you get to join the jockeys school," Powell said.

Being female is a challenge

The challenges both have faced are similar. Both know what it's like to be thrown from a horse.

"The first time I fell off a horse, the horse kicked me in my side, but when I went home, my father rubbed it with some relief pain gel. He told me not to go back the next day. But I went behind his back and I [am here]," Ward said.

Both say that the biggest challenge is being a woman. Their detractors don't believe women make good jockeys.

"A lot of males don't want to see the female rise above them," Powell said.

"At one point it was horrible, especially the punters. They say the girls should leave, them not good. They tell you expletives," added Ward.

However, Ward has used the criticism as motivation.

"I've learnt that I'm very strong to stay in racing. Some people said I should leave and go work in an office," she said.

So has Powell: "If you're not doing something good, you know they are going to criticise, so you have to prove them wrong. Do what you have to do and show them you can do what the males can do, too," she said.

One male in Ward's life who is supportive is her father, who still motivates her to do well every day.

"He's always telling me that I should not get downhearted and I should stay firm and strong because when it's my time, it's just my time. That's how Caymanas Park is, and I am a jockey, so I can ride anywhere," Ward said.