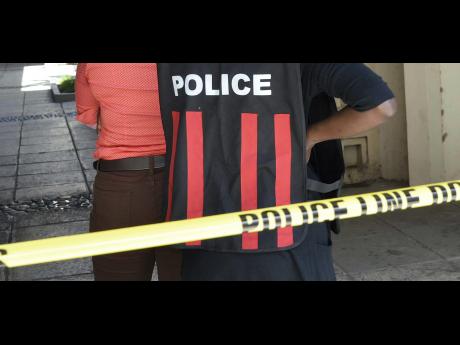 Hoodlums went on a murderous rampage across several parishes in the 24 hours between Thursday and yesterday, leaving a trail of 10 bodies.

Clarendon was again at the epicentre of the carnage, as a triple murder in the community of New Bowen accounted for one third of the killings. It was the third multiple killing in the parish in the past week.

More than 590 persons have been reported killed in the 19 police divisions islandwide since the start of the year. This is a 16 per cent jump when compared with the 501 murders recorded for the corresponding period last year.

The mayhem began shortly before daybreak on Thursday in the volatile St Andrew community of Rose Town. According to the police, gunmen kicked down the door to a house that was occupied by 33-year-old Omar Brown and shot him several times in the upper body. He died at hospital.

But police reports show that the blood-letting escalated after nightfall the same day.

The Clarendon Police report that at approximately 8:40 p.m., 19-year-old Shadwayne Watson; Dermot Donaldson, 29; and Eddie Richards, 39; were at a shop in New Bowen when armed thugs approached and opened fire. They were shot several times and pronounced dead at hospital, pushing the number of murders recorded in the parish in the past week to seven.

A little more than an hour later, Kashi Schroeter, 30, was shot and killed at a party in the eastern St Andrew community of Standpipe. The Matilda's Corner Police reported that Schroeter and another man were among patrons at the party when they were approached by men who were travelling on two motorcycles. The police say the two pillion passengers got off the motorcycles and opened fire, hitting Schroeter and the other man before escaping. Schroeter died at hospital.

Twenty minutes later, there was more violence in another Clarendon community. The police say 28-year-old fisherman Kurt Mitchell was shot and killed by unknown assailants at a mineral bath in his community of Salt River.

The murder wave spilled over into St James the following day when two men, who are still unidentified, were shot and killed in the community of Felman Corner.