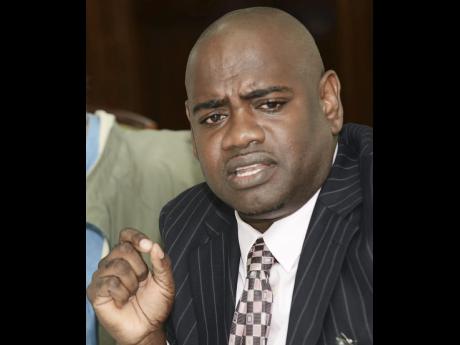 Chairman of the Jamaica Police Federation, Sergeant Raymond Wilson, has come out strongly against the Government's position to dispense with a recommendation by a joint select committee of Parliament to establish a non-executive board to oversee the Independent Commission of Investigations (INDECOM).

Wilson said the federation, which represents more than 8,000 rank and file members of the Jamaica Constabulary Force, was shocked and disappointed at the Government's pronouncement that it has rejected the committee's recommendation to set up an oversight body for INDECOM.

Justice Minister Delroy Chuck revealed in a Gleaner interview recently that while the Government had approved several recommendations of the committee, it was of the view that Parliament was the designated body to oversee INDECOM.

INDECOM is a commission of Parliament and, as such, is required to submit annual, quarterly and other reports to the legislative body.

With oversight responsibility, Parliament can also summon INDECOM to appear before select committees to provide information on its mandate.

Wilson argued that while INDECOM falls under the direct supervision of Parliament, it appears there exists no active supervision or proper oversight for the commission.

"The federation believes that an independent oversight body comprised of persons who possess the relevant skill sets should be in place to deal with complaints and alleged breaches made against INDECOM operatives," Wilson said.

According to Wilson, the Government should appreciate the federation's concern that INDECOM conducts investigations, prefers charges and is the same entity that plays the role of prosecutor in the courts against members of the security forces.

"This is absolute power that may corrupt and erode the value for which the principle of separation of powers was established," he added. "Our rank and file members are disheartened and dissatisfied with the decision of the Government, but are still optimistic that good sense will prevail."