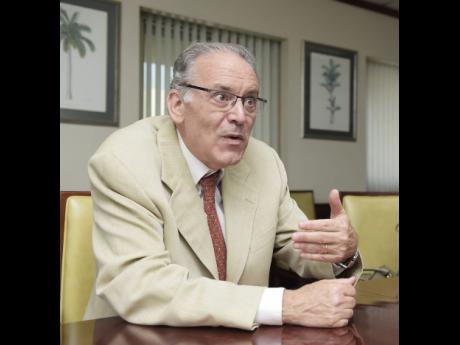 Despite the escalating crime rate and the country's dip on the global Corruption Perception Index, newly appointed Spanish Ambassador Josep Maria Bosch Bessa said that Jamaica is still a big deal for investors from his country.

"Spanish businesses like our hotels want to come to Jamaica. The pull of the Jamaican peculiarity is a big thing for us. Jamaica has its own very good brand, and I think the offerings are enormous," Bessa shared during an interview at The Gleaner's North Street office yesterday.

Bessa, who succeeded the late Ambassador AnÌbal JimÈnez Abascal, said that while crime is a factor in any decision-making process, he is confident that Jamaica will remain a strong ground for future Spanish investment.

"I have lots of expectations being in Jamaica. I think we are in an optimal position. Bilateral relations are excellent. Being the second-largest investor in the island, I think Jamaica looks at Spain as a reliable partner, not just in the tourism sector as an economic partner, but as a partner in political aspects," the ambassador stated.

Bessa said that Spanish hoteliers are not overly concerned about Jamaica's crime situation but added that it was important that a fix be found before things got worse.

The ambassador cited Tunisia, France, and Turkey, which have seen a dramatic falloff of tourist arrivals as a direct result of terrorism. However, he said that he did not see this happening in Jamaica due to the crime.

"I have not got the feeling the hotel managers are overly worried. They feel confident things will not get worse to the point it affects business in a serious way," he said.

Spain is ranked third in the world in visitor arrivals and revenue earnings from tourism. The country welcomed more than 75 million visitors last year, and according to Bessa, they are poised to surpass that this calendar year.

A further investment thrust from the Spanish in Jamaica is the construction of a 980-room hotel under the Barcelona-based H10 brand, which is set for Trelawny. When completed, it is expected to provide approximately 1,000 jobs.

Bessa shared that Jamaica and Spain have a strong historical and bilateral link, describing the relationship as friendly.

"This puts us in a good way with Jamaica because we have things in common. We both depend heavily on tourism, and so it is my hope that during my tenure, we can accelerate this," he stated.