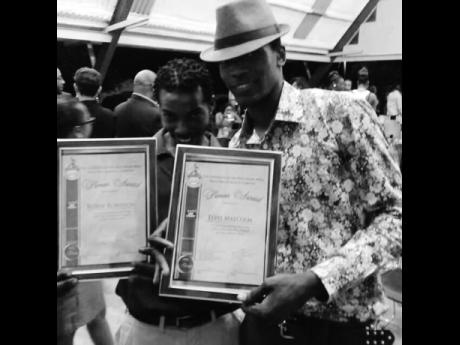 Contributed
Elvis Malcolm (right), who was killed in Montego Bay, St James, on Thursday, June 15, and Rueben Robinson, who is now fearing for his life. 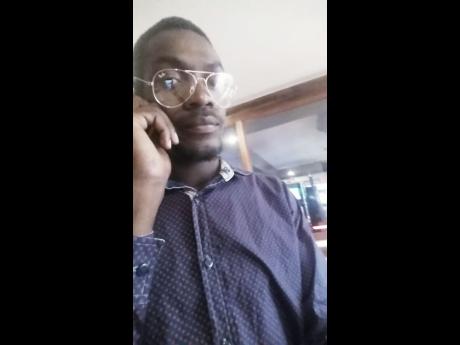 Joan Rattray, the mother of Elvis Malcolm, the man who was murdered metres from the St James Parish Court just over one week ago, is convinced that her son's killers were rogue cops.

"It was a carefully planned, professional execution," Rattray told The Sunday Gleaner.

"The only people my son had a problem with was the police ... they arrested him and frame him on a gun charge last September. I might not go to college, but I am no fool ... I am 100 per cent sure that it is the police who killed my son," she added.

But head of the Police Area One, which includes St James, Assistant Commissioner Warren Clarke, says there is no truth to this claim.

According to Clarke, Malcolm was the head of the Nation Crocs Gang, which operates out of Canterbury, St James.

He said the gang is in conflict with three other gangs which operate out of Albion Road, Bottom Pen and Rose Heights, and there have been several killings linked to these conflicts.

However, Rattray is adamant that her son, who was killed minutes after he left the courthouse where he was granted a bail extension on gun-related charges, was no gang leader.

"He was well known in the community and he worked on social programmes with both the PMI (Peace Management Initiative) and CSJP (Citizen Security and Justice Programme). He was a social leader in the community," said Rattray.

"Last September, they said that my son and another man fired shots at a police team which came into Canterbury to investigate a shooting that had taken place in the community," Rattray recounted.

"He was not in the community when that happened ... he was at a guest house and he could prove it. The other man was at a PMI conference, where even senior police personnel were in attendance, so he could not have been there either.

"My son never missed one court day since he was arrested and charged ... in addition, he was reporting to the police every Tuesday and Thursday. He was sure he was going to win the case because he could prove his innocence," added Rattray.

According to Rattray, she wants the killing to be thoroughly investigated, as while her son is dead, she would not like to see another young man murdered in such a manner.

"We have been having many suspicious killings like this involving persons who are before the court on gun charges," said Rattray. "I am hoping these killings are not the Government's crime plan."

In the meantime, Rueben Robinson, who identifies himself as a 'violence interrupter' assigned to the PMI, believes that had Malcolm not exited the car in which they were travelling in he, too, would have been killed.

Robinson, who is a co-accused in the alleged shooting for which both he and Malcolm were charged, is also convinced that the killers were rogue cops.

"He got a call on his phone that we were being trailed by another car, so he exited the car at the stop light and was walking towards another car when a silver car came alongside him and men opened fire on him," said Robinson.

"The car with the killers was parked in the parking lot across from the courthouse when we drove out, and they drove out behind us ... that was how Elvis got the call that we were being followed.

"Tell me which gangsters would be so brave to park across the courthouse in broad daylight, armed with rifles," added Robinson.

While admitting that he was no angel before being trained by the PMI, Robinson said that since he became involved with the organisation, he has totally turned his life around.

"Since the PMI send me back to school and give me a chance to make something out of my life, I am now a different man," said Robinson.

Having experienced what he considers a close shave with death, Robinson is concerned about his safety.

"I want the police to tell Jamaica if I am wanted for any crimes ... I report to them twice per week so they know who I am," said Robinson.

"I have decided to put the matter in God's hand because He knows that I am a changed man, who has turned my back on crime."