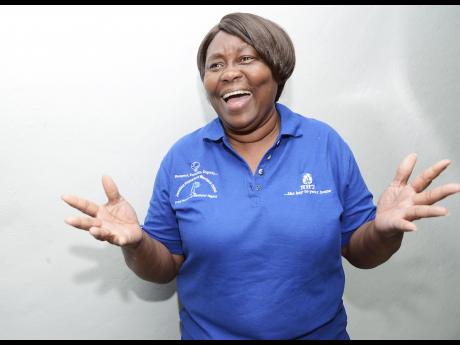 When former domestic worker Shirley Pryce stands to collect the prestigious CARICOM 'Woman of the Year' award this Tuesday in Grenada, she will be doing so on behalf of all household workers and civil servants.

"When I heard about the award and I looked at the persons that received this award, it's like professors and people who you would call the elite, so I am very humbled to have been chosen for this award," said Pryce, who is the founder and president of the Jamaica Household Workers' Union.

"I don't think this award is for me. This award is for all domestic workers and civil-society groups and NGOs and other trade unionists that worked along with us. We did this together," she beamed.

Pryce came out on top of a cadre of outstanding women from across the region to cop the 12th CARICOM Triennial Award for Women, due to her outstanding contribution to trade unionism and women and development in the Caribbean Community.

A domestic helper for many years, Pryce eventually moved to cooking to supplement her income.

She did several culinary courses at the University of Technology and then pursued a first degree in social work. The mother of two, who has raised several other children, was granted a full scholarship to pursue her master's in labour law at the Penn State University in the United States, and is currently a social worker at the National Housing Trust (NHT).

"I am very committed to the cause of workers' rights," said Pryce, who is well known for the militant stance she took in Geneva, Switzerland, in 2011, when household helpers from around the world joined forces to adopt the ILO Convention for Domestic Workers.

Her advocacy for equal rights and better pay for domestic workers has also seen her staging several protests internationally and locally. After several of these protests, the Jamaican Government ratified the ILO Convention for Domestic Workers last September.

"I am a leader and when I go out there, I lead, and it doesn't matter who it is, I am not afraid to speak, as long as you are speaking respectfully and you are talking up for your rights," asserted Pryce.

As a social worker at the NHT, Pryce works to address some of the issues affecting mostly inner-city communities. She was appreciative of the opportunities the NHT has afforded her to advocate on the behalf of the poor.

"If you love what you do, you go out there and do it to the best of your ability. Sometimes I am in there with the people, shots are firing and I am in there running with them too, so I feel their pain," she said.

Hopes to do more

She hopes to do more, however, to better the lives of domestic workers, and one way she intends to do this is to establish a training institute for these workers.

Minister of Labour and Social Security Shahine Robinson is among those that have congratulated Pryce on her award, which she will collect during a ceremony at the 38th Heads of Government of CARICOM Conference in Grenada.