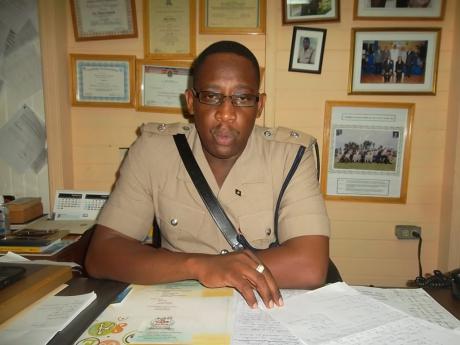 Superintendent of Police Wayne Cameron has announced that with an increase in incidents of rape in Manchester moving from 15 last year to 19 so far this year, a strengthened police presence has been mandated for key areas.

"There are some spots in the town that persons are using as a 'Greenfield Hotel', and we are making some effort to ensure that we reduce those opportunities by moving people from those locations," he said.

According to Cameron, the vicinity of Brooks Park on to Wint Road, and the compound of the Baptist Church and Baptist Road on to Villa Road are being heavily patrolled. Young people have also been removed to prevent any possible incident of sexual assault or rape.

He announced that the police have brought in three persons over the past two weeks who are believed to be able to provide information for the investigation into these incidents of rape.

Meanwhile, the superintendent revealed that of the seven serious and violent crimes, the parish is trending down in six.

He said murder has been reduced to 20 from 22 last year over the corresponding period; shootings down to 10 from 16 last year; aggravated assault was 28 last year and now is 19; last year this time 100 cases of robbery were reported, but this year, it has been cut by just over 50 per cent; break-ins are now down to 162 from 167 last year; and larceny is down from 25 to 15.

Cameron assured that the issues of scamming and extortion are being curtailed and will not maintain a foothold in the parish.