Young thugs doing the killings! - Mobile gangsters teaming up across political and physical boundaries in the Corporate Area 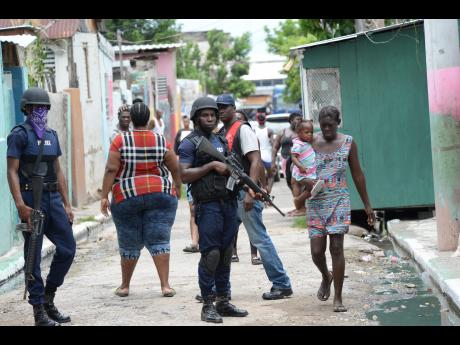 Jermaine Barnaby
Police on operation in Pink Lane, one of the trouble spots in west Kingston. 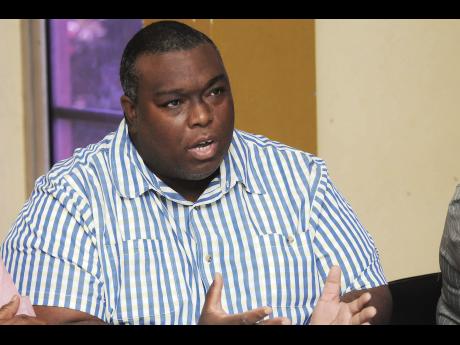 Executive director of the Peace Management Initiative (PMI), Damian Hutchinson, is convinced that the foundation for the current flare-up in violence in several communities across the Corporate Area was prepared from back in 2010.

According to Hutchinson, the massive security operation in west Kingston and the clampdown on gang leaders which followed have given birth to new criminal gangs with members who are loyal to no one.

"What happened was the police went into the communities and went after the heads of the gangs and a lot of the gangs were disrupted, but not dismantled," said Hutchinson.

"What happened subsequently is that the whole nature and structure of many of these gangs changed dramatically. So we had, in many instances, where younger guys now had guns and were breaking away and started to network across political boundaries and gang boundaries, wanting to do their own thing in their own way," added Hutchinson.

He said the trend across the Corporate Area is that where the established gang leaders were removed the criminal enterprises splintered, and now these numerous factions are proving a nightmare for law enforcement.

"This has given rise to this complicated and very alarming situation that we see being portrayed now. And so that is why the police are struggling to get a handle on many of these situations; it is just the spread of the gangs now across the Corporate Area," said Hutchinson.

"So a guy will now leave from one gang and go and assist his friends in another community and nobody knows him, and then he goes back to his own space. So it is difficult for the police to now track the evolution and membership of these gangs.

"We have the proliferation of guns in the communities, but it is a lot of young youths, 16 to 22 years old, who have control over them and the old guard is no longer there," he added.

According to Hutchinson, the problem is compounded, as many of the conflicts across the Corporate Area are being contributed to by persons overseas.

"So there are overseas actors who are influencing a lot of what is happening on the ground, and this is a significant reason behind a lot of the violence in the Maxfield Avenue area."

He argued that to stem the bloodletting, it is important to look at these places where the violence is being produced and mobilise the communities to get involved.

The PMI official is also calling for a second-chance programme to be created to provide young men with a pathway out of gang activities.

"We are talking about zones of special operations, that is all well and good, but zones are tied to geographical spaces while the guys on the ground are very mobile. So there is a limit to what concentrating on these spaces can achieve, so we definitely need now to offer these young men a way out; so we need a comprehensive plan.

"So the social intervention committee that the prime minister spoke of that is supposed to be a part of these zones of special operation must have a very strong programme of reform or rehabilitation for these young people who have already started to go down the wrong road, and we have to target them individually."

Hutchinson further warned that the Government cannot take for granted those areas that are currently stable as the violence is mobile.

He argued that while those areas experiencing flare-ups are being dealt with, persons in the communities where there is no violence must be sensitised so that these areas do not become safe havens for migrating criminals.