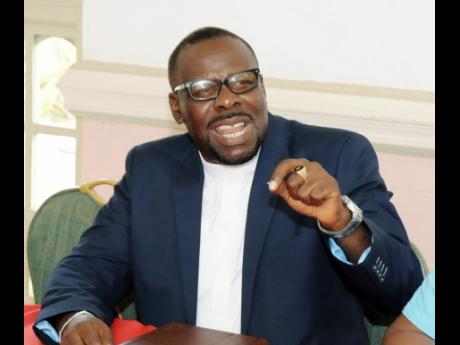 The Reverend Hartley D. Perrin, custos of Westmoreland, says the spate of murders and fatal accidents in the parish is contributing to social decay and he wants critical stakeholders to come forward with intervention programmes for the youth.

According to Perrin, the murders and accidents are born out of a serious lack of engagement of young people and the need for restoration of hopes and values.

"A youngster who has no hope, has no fear of police, gunshot, prison or death could be compared to a suicide bomber. He has no sense of value, and so taking a life means nothing to him in terms of his conscience," said Perrin, while speaking at the recent groundbreaking ceremony for a joint administrative office for the Transport Authority and the Island Traffic Authority in Savanna-la-Mar.

According to Perrin, children need the partnership of parents and the State to intervene in their lives, imbuing them with a sense of value and respect for their community and country. In fact, he noted that the Government could start by investing in a number of developments, such as transportation for schoolchildren.

"We look forward to the day when the Government will seek to provide interventions such as a transport solution to all the citizens, especially our schoolchildren. It's a shame and embarrassment to see the way how many of our children are transported to and from our schools," the custos said. "The proliferation of bad taxis and illegal 'robot' operators only serves to highlight the absolute need for an intervention in the region."

Perrin commended the Government for the initiative to construct the new multi-facility administrative office in the parish, noting that it was a step in the right direction.

"Westmoreland will undoubtedly be a better place for it, and I say thank you. We look forward to its completion and its impact on the community as we seek to make our country a better place," said Perrin.