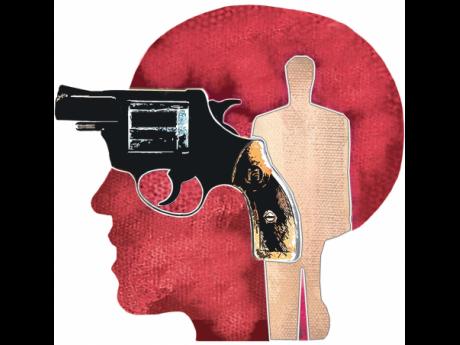 More of the alleged shady operations at the Firearm Licensing Authority (FLA), in which guns are reportedly being approved for people of questionable character, are being revealed, with more than 100 cases now said to be under investigation for alleged breaches.

The Opposition has also called for the "immediate removal of the leadership of the FLA and the board of directors, [and] a full and complete investigation by the Major Organised Crime and Anti-Corruption Agency (MOCA)". But Dennis Wright, the board chairman, has said that the board was not compromised by the situation. "No, not at all," he said to The Gleaner's questions.

The disclosure about the cases came from the Ministry of National Security yesterday following an emergency meeting between portfolio minister Robert Montague and Wright. The minister was forced to call the meeting after reports emerged this week of police complaints and concerns about how some people with adverse traces end up with licensed firearms.

In a leaked letter, a senior cop asked the High Command to appeal to the FLA to revoke the gun permit held by the man said to be a major player in organised crime.

In a statement issued after the meeting, the ministry said that in May, the FLA board met with MOCA and asked it to join the vetting process following concerns about how licences were being approved.

"In addition, the FLA has initiated a system to refer to MOCA more than 100 files of persons previously granted firearms. This action is as a result of information the new board has found, that persons whose files were subject to the appeals process were being granted firearms before the appeal was heard," read the statement.

The ministry said that the FLA's Review Board, headed by former Court of Appeal president, Justice Seymour Panton, is to review the agency's process, procedures and systems. A similar review was ordered last year, which was not referred to in yesterday's statement.

Meanwhile, the ministry has sought to explain how an alleged criminal was granted a licence earlier this year, closely mirroring an explanation given by the agency's Chief Executive Officer Shane Dalling, who was appointed earlier this year.

"The FLA raised questions about the licensed firearm holder during a meeting with the Police High Command in early February 2017. It is to be noted that this person had a case in court, which was tried and discharged."

It added that: "A request was made for further information, which was provided by the police on June 29, 2017, following which, the licence was revoked on July 13, 2017."

In relation to an alleged ex-convict getting a licence, the ministry said that the deported man applied and was denied a firearm licence on November 13, 2014. "However," the ministry continued, "he wrote the then board appealing the decision. On February 12, 2015, he was granted a firearm licence, the approval for which was signed by the then board chairman Robert Gregory."

The FLA has said that approval of licences after a refusal "is a practice which existed prior to the installation of the new board".

Peter Bunting, the opposition spokesman on national security, said he was not surprised about the latest revelations, claiming that the FLA has been issuing licences to people with "red flags" to their names.

The FLA's systems, which Montague, last year, labelled "corrupt or broken", have been under question over several foul-ups relating to files on Patrick Powell, the man freed in 2016 of the murder of schoolboy Khajeel Mais.