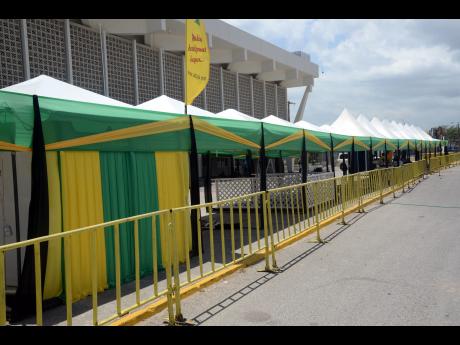 Norman Grindley
A section of the outside of the National Arena giving a glympse of what is to be expected at the Independence Village during the celebration of Emancipation Day and Independence Day from today until August 6. 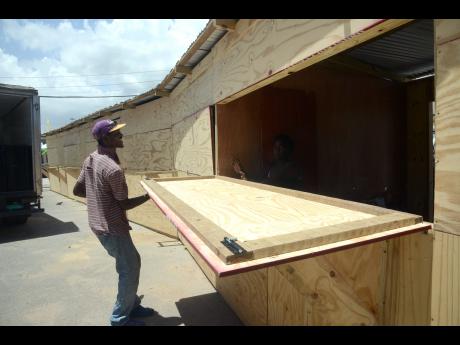 Norman Grindley
A work man setting up vendors booth at the National Arena, St Andrew, in preparation for Emancipation and Independence celebrations yesterday. 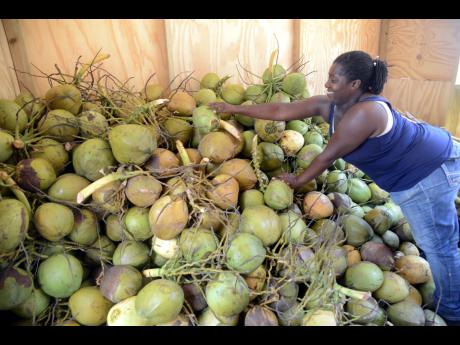 Norman Grindley
Kerrion Wilson, from All Natural Quenchers stocking up her booth with coconuts, a Jamaican favourite, at the Independence Village at the National Arena yesterday. 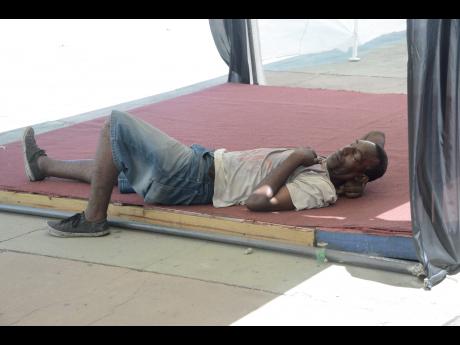 Norman Grindley
A worker takes a nap during lunch break at the National Arena yesterday. 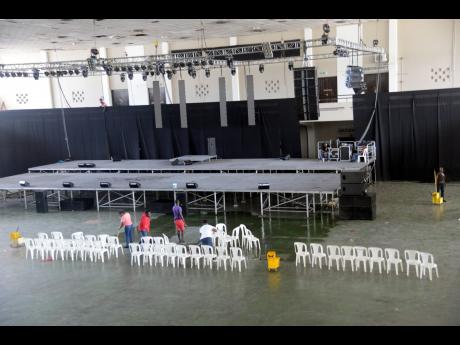 Norman Grindley
Workers putting things in place at the National Arena to pull off a Festival Village to be remembered.
1
2
3
4
5

With the Independence euphoria already permeating the air, and as the celebrations are slated to begin, it has been promised that the best of Jamaica will be on show at the Independence Festival Village erected at the National Arena.

Dubbed the Cultural Hub, the village opens to the public at 12 noon daily, starting today through to Sunday, August 6, free of cost.

Under the theme 'Celebrating Jamaicans at Home and Abroad', the organisers of the event, the Jamaica Cultural Development Commission (JCDC), stated that special thought had been given to those from the diaspora who were keen on experiencing the authentic culture of the island.

"We're mounting what we call the promenade of pride, which is basically a walkway that displays our numerous achievements in various fields throughout the 55 years, so it's for all persons to really reminisce and feel a sense of pride for what we've done over the period. Also, persons will be on hand to provide information where needed," director of marketing and public relations at the JCDC, Stephen Davidson, told The Gleaner.

"For the children, we're having a kiddies' village and, of course, we'll try as best as possible to entertain and educate them about the culture because it will be a melting pot of our culture," Davidson added.

Independence celebrations will also include paid nightly entertainment shows at the National Arena from July 29 to 30 and August 1 to 5.

The festivities conclude with the staging of the Grand Gala event on Sunday, August 6.

Activities in the Independence Village