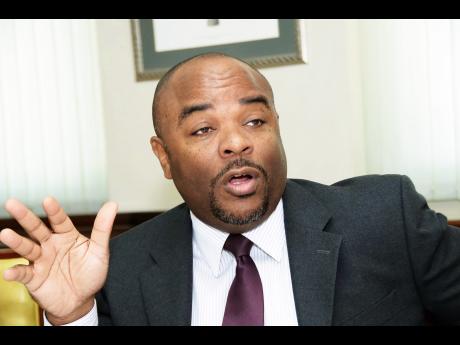 The Independent Commission of Investigations (INDECOM) is the latest entity to add its voice to the increasingly louder chorus, calling on the Jamaica Constabulary Force (JCF) to withdraw its administrative review report released last week.

The report cleared five cops of allegations of dereliction of duty in the 2010 west Kingston operation, but several stakeholders have questioned its validity.

According to head of INDECOM Terrence Williams, the JCF is too defensive and is refusing to hold any of its members accountable for failings in the 2010 Tivoli operation that left at least 69 people dead.

"The JCF has an unfortunate practice of denying and disputing reports that identify their failings and encourage them to improve," charged Williams.

He argued that since the publication of the Tivoli Enquiry report last June, members of the police force have "responded with derision, criticism and attempts to re-litigate the issues."

Budhoo has since died of natural causes, and last Monday, the JCF released the report of a team it had set up to review the findings and recommendations of the commission.

The JCF review team said it found no evidence that the named police personnel did anything wrong.

"The commission did not identify any specific act of dereliction of duty or misconduct on the part of any of the named officers," stated the review committee.

"Therefore, it is the view of the committee that no basis existed for the adverse findings and comments (in the Tivoli report) and [we] see no reason why the named officers should not be allowed to continue to serve," added the review team that was led by ACP Wray Palmer.

But Williams pointed to the reputation of the three commissioners who conducted the west Kingston enquiry as he argued that the JCF review committee made up of nine members including five cops did not do as a thorough a job as the enquiry.

"What the JCF administrative review has done is to repeat and rehearse the original submissions of the JCF, which were unsuccessful, before the West Kingston Commission of Enquiry," said Williams before criticising the police review for making findings "not in keeping with the facts".

"Where a police force does not acknowledge (its) failings, reform cannot start," said Williams as he argued that the police's reaction to the enquiry "shows that we still have a long way to go".

Williams' comments echo those of Public Defender Arlene Harrison Henry, who first called for the report to be withdrawn.

Human-rights group Jamaicans for Justice, the Peace Management Initiative and one of the three commissioners in the enquiry, Professor Anthony Harriott, have also dismissed the JCF's report.

But despite the criticisms, Commissioner of Police George Quallo, last Thursday, declared that the JCF "stands by" the report.