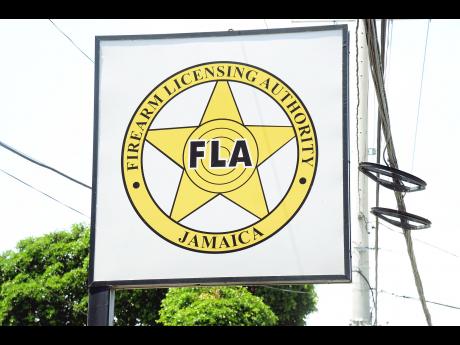 Two senior members of the Firearm Licensing Authority (FLA) were separated from the agency with immediate effect yesterday as the investigations into corruption at the state agency continued.

A third person could be dismissed today, as attempts intensify to clear the agency of persons who might have been involved in questionable activities.

This comes as Gleaner sources say the number of suspicious FLA files submitted to the Major Organised Crime and Anti-Corruption Task Force (MOCA) has mushroomed from the 100 initially reported to 257.

Gleaner sources say CEO of the FLA, Shane Dalling, met with officials of MOCA yesterday afternoon, and shortly after he emerged from that meeting, word came that the two senior staff members had been separated from the agency, which is engulfed in a web of corruption.

Efforts to contact Dalling were unsuccessful, but the sources say he is expected to issue a statement today.

Among those reportedly dismissed is a director of the agency who was named in a damning letter by an alleged whistle-blower inside the FLA and another staff member who is reportedly close to the director.

In the letter, the whistle-blower claimed that the director and his crony inside the agency, "use their offices to abuse, intimidate and bully staff ... into executing their corrupt deeds".

The whistle-blower added: "The following persons must be transferred, sent on leave or fired from the FLA pending the outcome on an investigation into their involvement or knowledge of corruption of the FLA."

According to the whistle-blower, the two were part of a plot to shred documents in the so-called X6 murder trial in which the file of then accused Patrick Powell could not be found.

"(The director) reportedly breaks protocol and repeatedly seeks to instruct others to do so, to meet the desires from those whom he has collected monies for such favours," charged the whistle-blower in the document leaked to The Gleaner late last week.

In the meantime, The Gleaner has confirmed that a well-known Jamaica Labour Party activist from the eastern end of the island and a People's National Party activist from Spanish Town, St Catherine, are among the persons granted firearms licences which are now leading to raised eyebrows.