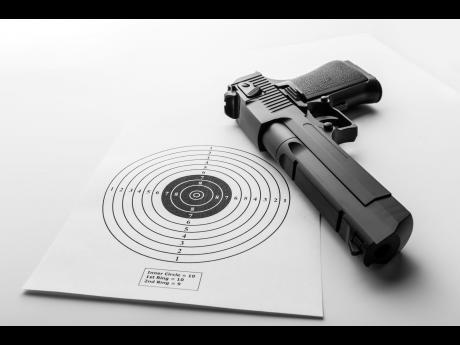 The permits of hundreds of firearm holders could be revoked in coming weeks with the Major Organised Crime and Anti-Corruption Agency (MOCA) locking in on its targets as the probe continues into the questionable granting of gun permits by the Firearm Licensing Authority (FLA).

The Sunday Gleaner last week revealed that several convicted criminals who were denied gun licences had the initial rulings overturned and their applications approved.

Since then, several other horror stories have emerged about the lax manner in which fire permits have been issued by the FLA.

Among the cases that have left investigators most worried is a man who had his firearm licence renewed on July 29, 2017, despite being in prison in the United States at that time. His firearm licence had previously been renewed in 2014.

The investigators are also stumped by one man who has been granted four firearm licences, with the fingerprints on his file not being his. He is believed to be a major player in the bloody gang violence now taking place in sections of east Kingston.

"They (MOCA) have identified several persons of interest, such as firearm holders who have been on their radar, including one Kingston don from Rockfort. His four licensed guns have since been seized while the probe continues," said a source.

Detectives from MOCA made frequent visits to the FLA's Hope Road headquarters last week, copied files of interest, and the sources say two former board members and some members of staff at the authority reportedly have the interest of the investigators.

"I know that MOCA has asked for details on at least two former board members - one from the 2012 board and one from the 2016 board that just resigned - and they have asked for their contact details," said The Sunday Gleaner source.

The western end of the island is reportedly coming in for special attention as sources have revealed that gun licences were being sold for between US$2,000 (J$254,518) and US$5,000 (J$636,295), with some persons now packing licensed firearms believed to be involved in the deadly lottery scam.

The probe is also set to be widened to gun ranges, which have recorded an unusually high number of passes for persons who sought training in the use of firearms.

"There are ranges that are on the radar, especially those in the west, because it is understood that gunmen are practising on some of them," said the source.

He noted that a number of entertainers and members of their entourage are also under investigation as they have been granted several firearm licences.

According to the source, the new board of the FLA, which is expected to be named this week, with former army chief Major General Antony Anderson as its head, will be mandated to take steps to tighten operations at all the gun clubs and ranges.

"There are some range dealers who have some guns that look like high-powered rifles, but they are really 12-gage shotguns. It is just the design why they look like M16s, and those will be on the to-do list of the new board," added the source.

The new board will also be asked to oversee the speedy implementation of several measures to tighten the system of issuing gun licences.

Among the new measures will be a system where applicants will be fingerprinted at the FLA through a portal electronically tied to the police database.

Late last week, CEO of the FLA Shane Dalling refused to comment on the measures which, Sunday Gleaner sources said, are to be implemented, despite breaking his silence on the controversy engulfing the authority in at least one radio interview.

"I cannot comment as certain issues are matters of national security, while other elements of the investigation are for MOCA to speak to," said Dalling.