Hanover's most wanted killed in battle with cops 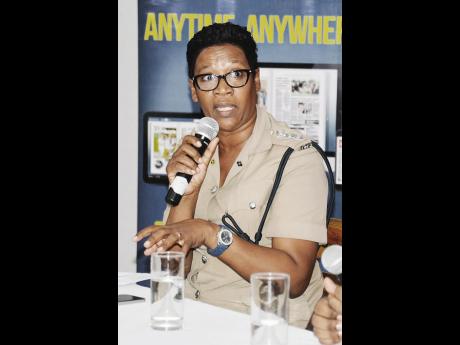 Notorious gangster Delroy 'Eye' Roach, who sat atop the Hanover police's most wanted list, was reportedly shot and killed when he traded bullets with lawmen after he was cornered in the Hopewell community on Sunday, shortly after 6 p.m.

"We can confirm that Mr Roach, who was one of the main violence producers in the parish, was killed when he engaged the police in a shoot-out on Bamboo Drive in Hopewell yesterday," said DSP Sharon Beeput, the commanding officer of the Hanover Police Division. "We are hoping his death will send a message to his cronies, who we are urging to turn themselves in."

According to Beeput, the once elusive Roach, who headed a criminal gang in the Elgin Town community, was wanted for a recent double murder, among other gun-related crimes committed in the western parish. He had ignored severe pleas from the police to surrender.

"We would much prefer if these men turn themselves in because when they decide to fight it out in the streets with the police, they are putting many lives, including their own, at risk," said Beeput. "Thankfully, none of the officers were injured in this incident."

According to reports, acting on intelligence, a police team went to Bamboo Drive in search of Roach. On realising that the police were on to him, the gangster made a bold attempt to shoot his way out, trading gunfire with the lawmen. However, he was shot and killed. A 9mm pistol and a quantity of ammunition was seized.

... Roach is the third to be killed by police

Delroy 'Eye' Roach is the third Hanover 'most wanted' man to be killed in a confrontation with the police over the past three months. In fact, he became the most wanted after Sadan 'Saddam' Mullings, who was wanted for some 15 murders, was killed in a shootout with law enforcement officers in Whitehouse, Westmoreland, on the morning of July 22.

Interestingly, Mullings had become Hanover's most wanted after another much-feared killer, Shernado 'Blacks' Leslie, who was wanted for some 20 homicides, including the murder of members of his own family, was slain in a confrontation with the police in Green Island on June 23.

"In addition to the deaths of these three notorious men, we have seized several firearms, including an M16 assault rifle, over the past three months," said Beeput. "We are hoping that we will see an end to the murders, but we have to admit that we still have some dangerous men out there."

Hanover, which once had the enviable title of being the nation's safest parish, has been a hotbed of violence this year with some 44 murders, making it a crime haven with western neighbours Westmoreland (89) and St James (188).