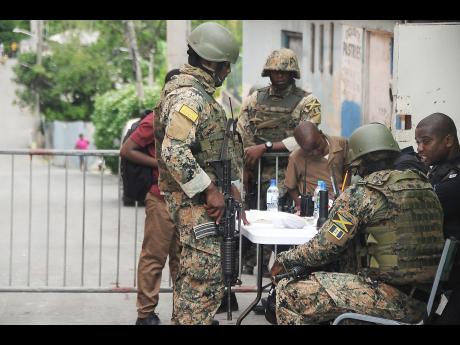 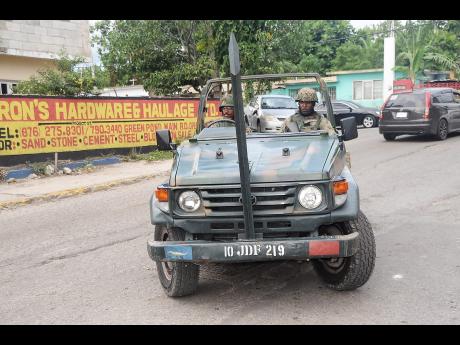 Adrian Frater
Security forces carrying out their duties within the zone of special operations of Mount Salem, St James, yesterday.
1
2

Despite coming under pressure for citing and acting on inaccurate data that led to Mount Salem in St James being chosen as the first zone of special operations (ZOSO), the National Security Council (NSC) has declared that it was not apologetic for designating the area, but has admitted to flaws in the selection process.

Following a meeting yesterday to discuss concerns expressed in the media regarding conflicting murder figures in the community, the NSC attempted to clarify the issue.

Justification previously given by the police for the selection was that 54 murders had occurred in the community since the start of the year. However, residents have since refuted that.

In a press statement issued yesterday, the NSC said, "There was an error in reporting the number of murders committed in the community in 2017. Nevertheless, the nature of the error would not have affected the decision of the National Security Council, as it was limited to only one of the factors used to determine the zone. NSC shares the view that stigmatisation of communities does not help the process of engagement and confidence-building between citizens and the State.

"Given the need for complete accuracy in these matters, and out of caution, the JCF (Jamaica Constabulary Force) has, therefore, been asked by the NSC to review their systems of data collection, collation and reporting to be doubly sure that there are no systemic challenges."

It continued, "Though it is early in the implementation of the first zone, the signs for peace and transformation of Mount Salem are positive. The NSC assessed the implementation to date of the first zone. Generally, the operations have met objectives. The receptivity and cooperation of the community are commendable. We are certain Jamaica sees the bigger picture and wants to be rid of crime in their communities."

The People's National Party (PNP) had earlier released a statement calling for clarity on the matter, to which the council responded.

The opposition political party questioned the participation of heads of the joint forces in recommending the community, as is required by law, and demanded that Prime Minister Andrew Holness declare whether the choice was made based on recommendations from joint heads, or if it was a decision taken on his own accord.

"The prime minister risks the nation losing confidence in the process which is clearly and precisely set out in the act. Section 4 (2) specifies that in the declaration of a zone, 'there are reasonable grounds to believe that due to rampant criminality, gang warfare, escalating violence ... .' Based on the data available, Mount Salem does not meet this specification. Therefore, the declaration of Mount Salem appears to be an unlawful act," the PNP statement read.