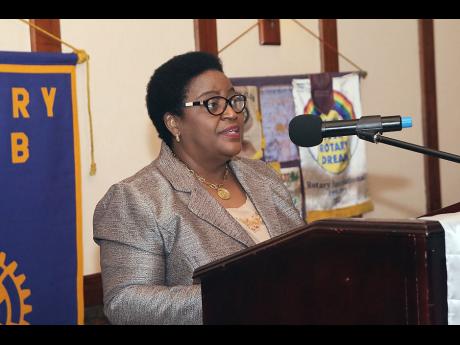 With a by-election anticipated in St Mary South East and political aspirants already campaigning for the vacant seat in Gordon House, Political Ombudsman Donna Parchment Brown has sounded a warning against the abuse of public resources to gain an advantage in the pending poll.

"I am warning against any abuse of public resources in support of a political agenda," Parchment Brown declared after visiting the constituency on Tuesday.

She said concerns were raised about the use of state funds in the constituency.

In addition, Parchment Brown condemned the damaging of campaign material, following reports earlier this week that supporters of the opposing political parties - the Jamaica Labour Party (JLP) and the People's National Party (PNP) - were damaging signs of rival candidates.

She encouraged political parties, law enforcement, and the constituents to set the tone for the safe and fair conduct of the upcoming by-election in St Mary South Eastern, ahead of a date being set.

The political ombudsman engaged the residents of St Mary South East and listened to their concerns while sharing information on the mandate of her office.

"These informal meetings were insightful and overwhelmingly positive," she said.

Parchment Brown also visited the JLP and PNP constituency offices in Annotto Bay in effort to pre-empt issues between the two major parties.

On her constituency visit, the political ombudsman also met with police personnel in Castleton and Annotto Bay. She urged the police to enforce the rule of law with zero tolerance.

She wants members of the public to report any incident that would impede a safe and just electoral process.

"We are working proactively to prevent problems," Parchment Brown said.